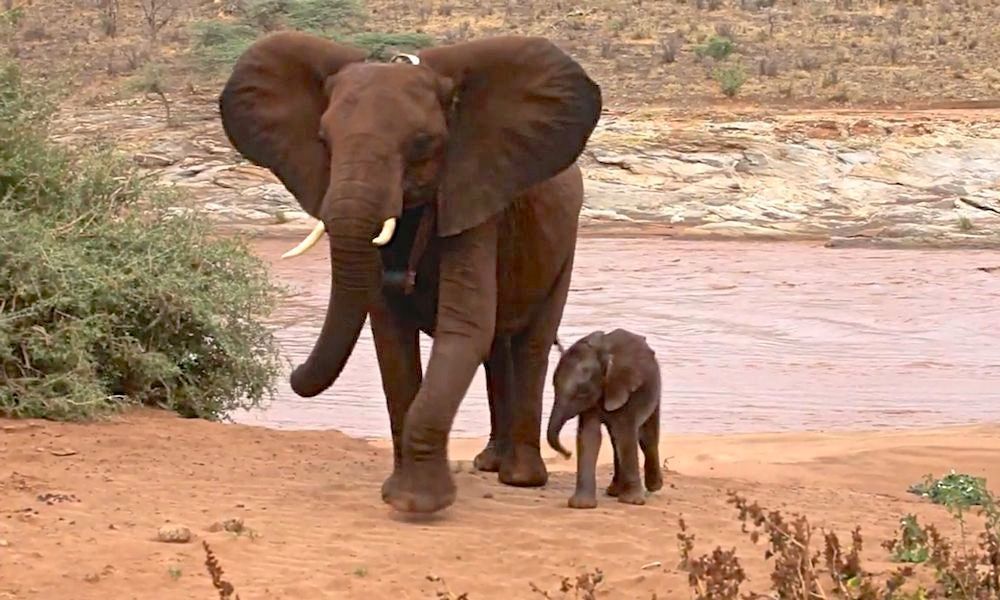 Summers are finally here, and it is not just us who feel that a nice cold bath is the best way to beat the scorching heat of the sun. Well, a new video shows that a herd of elephants also feel the same. An undated video of a group of elephants heading for a bath has gone viral on Twitter.

VIDEO OF ELEPHANTS HEADING FOR A BATH GOES VIRAL

Indian Forest Service (IFS) officer Susanta Nanda shared the video on Twitter on Tuesday evening. The video showed a group of elephants moving in line for a bath in the cold river water. The herd consisted of six elephants. According to the IFS officer, the elephants were heading for a dip at the Ganges in Haridwar.

The video has garnered thousands of likes and hundreds of retweets since it was shared on social media. Twitterati adored the video and expressed the same in comments.

One user wrote, “Look at the lead (sic).” Some expressed their annoyance over the car horns heard in the background and wrote, “Why do ppl hav to honk? Can’t they be silent nd giv way to other species, that too such gentle giants (sic).”