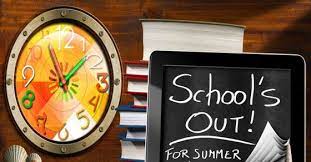 As per the Education Minister, “Summer vacation declared in schools in Haryana state. The holidays will be in the schools from 22 April to 31 May. Teachers are constantly coming to school, along with the safety of the children, the safety of the teachers is also our responsibility, so the summer holidays were done in advance. #haryanaeducation”

Read more:Six skills you need to power ahead in the post-Covid-19 business world

Earlier the Education Minister had ordered the schools to be closed from April 19 onwards for even classes 9 to 12. The order was given in view of permitting online classes but restricting physical classes. However, it was noted that many private schools were insisting on teachers to attend the schools.

Read more:KVS Admission 2021: Class 1 provisional select and waitlist, website for reference and other details parents must keep in mind

To avoid the same and to ensure complete closure of schools, the government has now decided to announce early summer vacations. The decision comes closely after Delhi Government;s decision to pre-pone summer vacations in the capital. For Delhi, all schools have been ordered shut for summer vacations from April 21 to June 9.