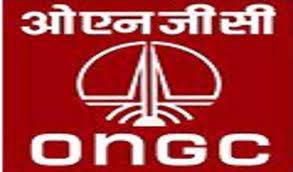 Three employees of Oil and Natural Gas Corporation Limited (ONGC) were abducted by suspected armed militants early on Wednesday from a rig site in Lakuwa field of Assam’s Sivasagar district.

The abducted ONGC employees, including two Junior Engineer Assistants (Production) and one Junior Technician (Production), were taken by a group of armed militants in an operational vehicle that belongs to ONGC.

Later, the vehicle was found abandoned near the Nimonagarh jungles close to the Assam-Nagaland border. The militants had abducted the three ONGC employees from Romonia work over RIG in Lakuwa area.

In a statement on Twitter, ONGC has said, “3 ONGC employees, 2 Junior Engineer Assistants (Production) & a Junior Technician (Production) have been abducted by unknown armed miscreants in the early hours of 21 April 2021. The abduction took place on a rig site of ONGC in Lakwa field of Sivasagar District.”

It added, “The abducted employees were taken by the miscreants in an operational vehicle belonging to ONGC. Later, the vehicle was found abandoned near the Nimonagarh jungles close to the Assam-Nagaland border. A complaint has been lodged by ONGC with the local police.”

“We have launched an operation to rescue the abducted employees and cordoned off all suspected areas. It is yet to be ascertained which militant group is behind this,” the police official said.

Meanwhile, ONGC has lodged a complaint with the local police.

Earlier, banned militant group ULFA(I) had abducted two employees of an oil drilling company Pranab Kumar Gogoi (a drilling superintendent at the Quippo Oil and Gas Infrastructure Limited) and Ram Kumar (a radio operator at the company) from a drilling site near Innao in Arunachal Pradesh’s Changlang district on December 21 last year. Later, ULFA(I) had released both.