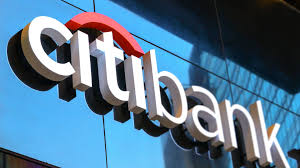 After announcing the closing down of retail banking operations in India, Citi Bank is looking for more than Rs. 4000 crore for its credit card vertical

Citi Bank Selling Off Its Credit Card Vertical; Looking For Over Rs. 4000 Valuation

Citi Bank has already announced that they will be shutting down their retail banking businesses in 13 countries, which are China, Australia, Malaysia, Bahrain, Korea, Indonesia, Russia, Vietnam, the Philippines, Thailand, Poland, and Taiwan.

And now, as per sources close to the development, Citi Bank is already looking at options to sell off its retail consumer banking business piecemeal. The bank is reportedly looking for a valuation of more than Rs 4,000 crore for its credit card vertical.

As per reports, the internal team and investment bankers of Citi Bank have already contacted several companies in the last few weeks. These include  Reliance, Pine Labs, which is an Indian merchant platform company, and Paytm as well. However, Paytm has said that there hasn’t been any conversation between the two companies about the sale of the credit card business.

Other Banks Competing For Entire India Business Of Citi Bank

There also is the possibility that other banks, such as DBS, Kotak Mahindra Bank, HDFC Bank, Tata Capital, Axis Bank, IDFC First Bank, and ICICI Bank are already competing to buy the whole India consumer business of Citi Bank.

As per reports, Reliance is conducting an internal evaluation if the investment would be worth it. As per sources, Reliance may not want to invest so much money that Citi Bank is asking for.

The sources state, “The company’s push is currently on the lower spectrum of the India digital business through Jio and even NUE (New Umbrella Entity) and with Citi Bank’s credit card business, Reliance would make inroads among HNI clientele.”

Citi Bank is the sixth-largest card issuer in India, and the mix of premium and corporate salary account cars in the portfolio of the business makes the sale all the more interesting. As of March 31, 2020, the bank has around 35 branches in the country and had deposits of Rs 1.6 lakh crore.