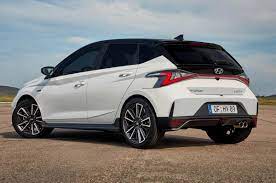 Five new cars are set to join the Rs 6 – 13 lakh space in India soon, including a performance-oriented hatch, a sedan and SUVs across two different segments

While premium segments are slowing and steadily gaining popularity in the Indian market, it’s the compact car segments that continue to boom. With so many different offerings now available, buyers are tempted to upgrade from entry-level segments to slightly more premium ones.

The price bracket of Rs 6 lakh to Rs 13 lakh currently consists of hatchbacks, sedans, crossovers, SUVs and even MPVs, which means that you have tons of options to choose from. Moreover, a host of new cars are set to join this space soon. Here is a list of five upcoming cars set to be launched in India between Rs 6 – 13 lakh –

Hyundai is all set to launch its first N Line product in India, i.e. the i20 N Line, which is expected to be launched this year itself. Over the standard i20, the sportier N Line trim will feature cosmetic changes inside-out, including new alloy wheels, blacked-out outside rearview mirror housing, twin exhaust tips, N badging, red stitching on the inside, sportier front seats, a bespoke steering wheel, metal pedals and an N-branded leather gear knob too.

The N Line variant will sit at the top of the i20 line-up, which means it could be priced around Rs 12 lakh (ex-showroom). It will get the same 1.0-litre TGDi turbo-petrol engine that puts out 120 PS of max power and 172 Nm of peak torque, however, this new variant will get a retuned suspension, different engine response and a sportier exhaust note over the regular version of the hatch.

The Maruti Suzuki Vitara Brezza received a mid-life facelift last year, however, the Japanese carmaker is already working on introducing a new-gen model for the car in order to fend off the increasing competition in the sub-4m SUV segment. The next-gen Vitara Brezza will get a range of new features which will help it go neck and neck against modern rivals like Kia Sonet, Hyundai Venue etc.

The Vitara Brezza is currently priced from Rs 7.51 – 11.41 lakh (ex-showroom), but the introduction of the new-gen model will certainly lead to an increase in its price considering the changes that will be made.

The HBX micro SUV concept showcased at the 2020 Auto Expo is all set to debut in a production-ready form in the coming months, and as per a leaked document, will be called the ‘Hornbill’. The HBX will go on to become the most affordable Tata SUV in India upon its arrival, with an expected starting price of around Rs 5 lakh (ex-showroom) for the base variant.

The micro SUV will be based on Tata’s Impact 2.0 design language, and will be offered with features like a semi-digital instrument cluster, a Harman-sourced premium audio system, a free-standing infotainment system with smartphone connectivity and more. It will be plonked with the 1.2-litre Revotron petrol engine (86 PS/113 Nm), and transmissions options will include a 5-speed MT as well as an optional automatic.

Read more:Price hike alert! TVS Star City Plus, Radeon, Sport get costlier in India by this much

Citroen is already preparing its second offering for the Indian market, which will be a sub-4m SUV codenamed CC21. The new car will be based on Groupe PSA’s Common Modular Platform (CMP), unlike the PSA EMP2 platform that underpins the bigger C5 SUV.

While Citroen is yet to confirm this news, the Citroen CC21 sub-compact SUV is expected to debut this year itself. A fully-electric version of the car is also in the works, which could make its global debut next year. Upon arrival, the ICE CC21 will rival the likes of Maruti Suzuki Vitara Brezza, Hyundai Venue, Ford EcoSport etc.

The Maruti Suzuki Ciaz will be the third offering to be borrowed by Toyota Kirloskar Motor to be rebadged and sold in the Indian market under the global partnership between the two Japanese automakers. Toyota also recently filed a trademark for the name ‘Belta’, which further sparks speculations, suggesting that this is the name that might be used for the upcoming Toyota sedan.

Powering the Toyota Belta will be the same 1.5-litre petrol engine as the Ciaz. This engine puts out 105 PS of max power and 138 Nm of peak torque, and will likely be offered with a 5-speed manual transmission as well as an optional 4-speed torque converter auto. The Ciaz is currently priced between Rs 8.52 – 11.50 lakh (ex-showroom), but the Toyota Belta will most likely be priced at a slight premium over that.