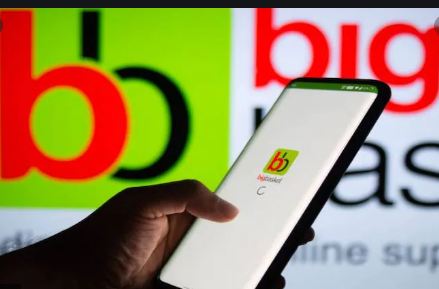 Tata Digital will acquire up to 64.3 percent of Supermarket Grocery Supplies and its sole control over Innovative Retail Concepts that runs BigBasket.

Tata Group’s ambitions for its super-app plan has received a shot in the arm with the competition regulator giving its nod for Tata Digital’s acquisition of BigBasket, one of India’s leading online grocery platforms. The deal is pegged at $1.2 billion, giving BigBasket a post-money valuation of $1.8 billion. Sources told Moneycontrol that Tata Digital is also close to buying a majority stake in online pharmacy player 1mg.TATA ADDS BIGBASKET TO CART

The Competition Commission of India said it has approved the acquisition by Tata Digital of up to 64.3 percent of Supermarket Grocery Supplies and its sole control over Innovative Retail Concepts, the company that runs BigBasket  Tata Digital is a wholly-owned subsidiary of Tata Sons. While Supermarket Grocery Supplies operates the business to business division, Innovative Retail Concepts runs BigBasket.

Both Tata Group and BigBasket declined to comment on the transaction. Sources told Moneycontrol that BigBasket will continue as a separate entity and its current management, led by co-founder and CEO Hari Menon will continue. The size of the deal is pegged at over $1.2 billion and is a mix of primary and secondary sale, giving an exit to two of BigBasket’s investors- Alibaba and Abraaj group. Actis now owns the portfolios of Abraaj Group in MENA, Africa and Asia market. There are also plans for a public listing of BigBasket in a year or two.

“This is a great development. Tata is the most respected brand name. Hope this sets the trend for Indian conglomerates to bet on new-age business models. Traditionally, Indian corporate houses have been wary of investing or taking bold bests in tech-based, valuation driven, initially high loss-making businesses. As a result, all the value gains have been captured by foreign investors and funds,” K Ganesh the promoter of BigBasket, Portea Medical and HomeLane told Moneycontrol.

BigBasket competes with players such as Grofers, JioMart, Swiggy’s Instamart, Amazon and Flipkart. According to a report by RedSeer released in January 2021, the Indian grocery sector is an $850 billion market, with groceries accounting for 66 percent of the total retail spend in India. 95 percent of the grocery market in India is led by local kirana or mom and pop shops, riding on their ability to provide convenient and localised service to customers.

Digital grocery platforms are now disrupting the grocery space, on the back of a simplified supply chain tech-enabled retail layer, and creating a wide range of products, brands and SKUs (stock keeping units). E-grocery, an essential focussed e-commerce category also benefited in a big way after the Covid19 pandemic, as more people preferred to stay home and shop online. The e-grocery market is expected to penetrate 3% of the total grocery opportunity in 2025, at a market size of $24 Billion.

BigBasket was founded in 2011 by Hari Menon, VS Sudhakar, Vipul Parekh, VS Ramesh and Abhinay Choudhari. Of these, the first four had earlier promoted Fabmart, which was later acquired by the Aditya Birla Group and rebranded as ‘More.’ In online grocery, players either own the inventory or use an on-demand, hyper-local model where they contact the supplier and source the product.

BigBasket has always had an inventory-led model, where it controls the entire supply chain to ensure better quality and availability. Last year, it hit the $1 Billion mark on a GMV (gross merchandise value) run-rate basis and also turned contribution margin positive.

The Tata Group has huge ambitions for the e-commerce space, which is currently dominated by Amazon, Walmart-owned Flipkart, with Reliance Industries also expanding aggressively through JioMart. It is building a super app under Tata Digital, with plans to add categories such as groceries, health, education, entertainment, electronics, fashion, travel, beauty and lifestyle. It also plans to leverage the strength of group companies such as Titan, Voltas, Trent, Tata Consumer Products, Tata Motors, Vistara, Tata AIG, Tata Capital and Taj Hotels, offering users an array of services in one app.

Despite being the largest contributor to the retail basket of Indian consumers, grocery’s online penetration so far has been limited as compared to other categories such as fashion and gadgets.

The COVID-19 pandemic has given a big push to the category and it clocked a gross merchandise value (GMV) of $3.3 billion in 2020 as compared to $1.9 billion in 2019. The overall segment is set to grow further as these players compete to onboard more and more consumers online.

“This is not just about buying groceries. Using the data that BigBasket has, which is used by people on a daily basis, Tata group can understand customer patterns and drive value across various categories including clothing, hospitality and other verticals using technology. The deal is about what all can be done with BigBasket beyond just what it is. That is why I think it is a very valuable asset. That asset can be leveraged much more by the Tata Group.” Technopak’s Chairman and Managing Director Arvind Singhal told Moneycontrol.