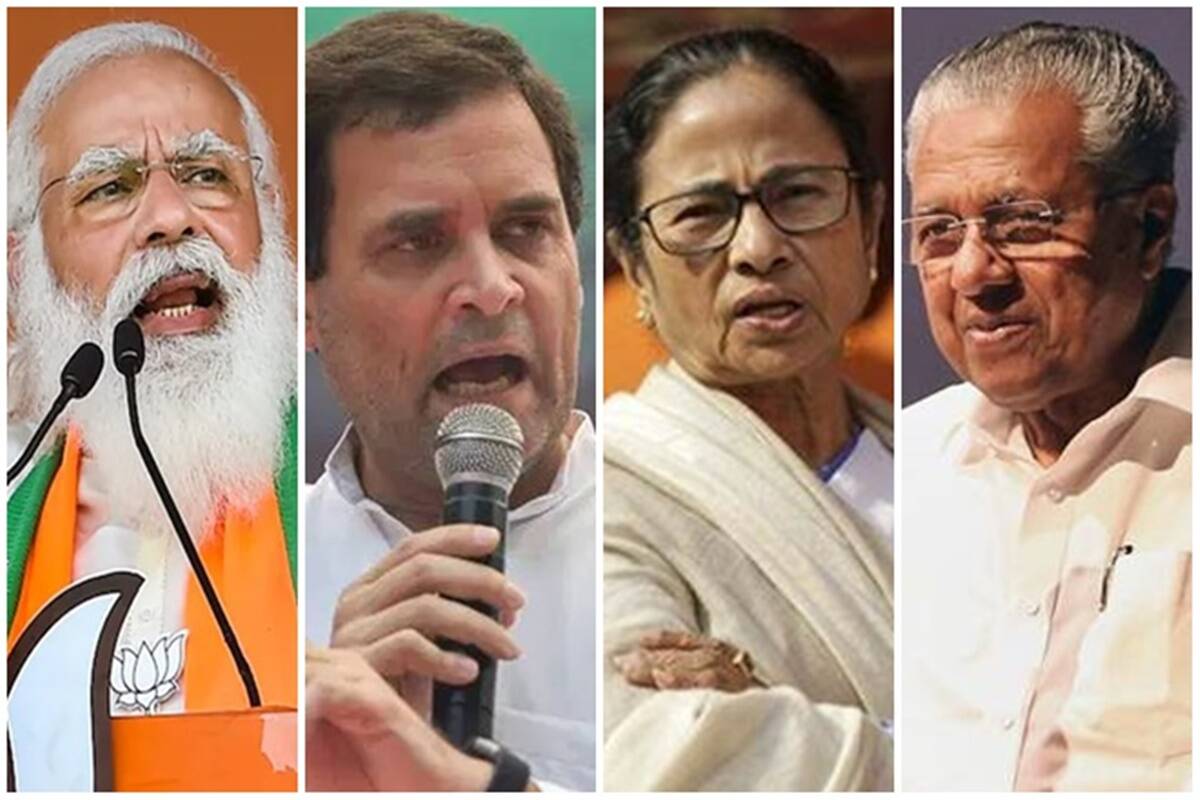 West Bengal (WB), Kerala, Assam, Tamil Nadu (TN), Puducherry Election Exit Poll 2021 Results Highlights: Of five states, the BJP is in direct contest in two – Assam and West Bengal. While the saffron party is hoping to retain Assam, it is eying power in Bengal for the first time

Assam, West Bengal, Kerala, Tamil Nadu and Union Territory of Puducherry went to polls together in the month of March-April. The last phase of polling took place in West Bengal today. Of the five states, the BJP is in direct contest in two – Assam and West Bengal. While the saffron party is hoping to retain Assam, it is eying power in Bengal for the first time in what is the birthplace of its founder Syama Prasad Mukherjee. Mukherjee was the founder of Jan Sangh, which later became the BJP. In Tamil Nadu, the DMK is looking to remove the AIADMK from power after 10 years. Opinion polls have predicted a big lead for MK Stalin’s party against the AIADMK, which is in alliance with the BJP. Kerala, too, will have a bipolar contest between the ruling Left and Congress but the BJP is trying to expand its footprint here. The Union Territory of Puducherry is expected to see a change of guard with the NDA appearing to be ahead of the Congress.

(Note: The majority mark in the Assembly is 16.)

According to the Republic-CNX survey,

(Note: Majority mark in the 294-member West Bengal Assembly is 148)

According to ETG Research:

According to ABP C-Voter survey:

According to CNN News18 survey

According to the ABP-C Voter survey:

According to the P-MARQ survey

According to India Today-Axis My India survey

LDF is likely to cross the majority mark in the 140-member Assembly.

According o India Today-Axis My India:

Vote percentage in West bengal as per ABP C-Voter survey:

According to India Today-Axis My India

Complete lockdown shall be enforced throughout Tamil Nadu on all Sundays but there would be no restriction on May 2, also a Sunday, for people connected to counting of votes including officials, candidates and counting agents, the government said on Thursday. Night curfew shall continue to be in place across the state from 10 pm to 4 am, a Government Order said, adding current curbs like bar on private and public transport during the curfew would also continue. Though a full lockdown shall be enforced on all Sundays without any relaxations, there shall be no restrictions for those connected to the vote counting exercise on May 2, a Sunday, the order said. PTI

Exit Polls 2021: Experts say fight in Bengal is very close, difficult to predict as both the main parties BJP and TMC are confident of winning over 200 seats. Nandigram is going to be the biggest battleground in Bengal, where Mamata Banerjee is up against her former protege Suvendu Adhikari.