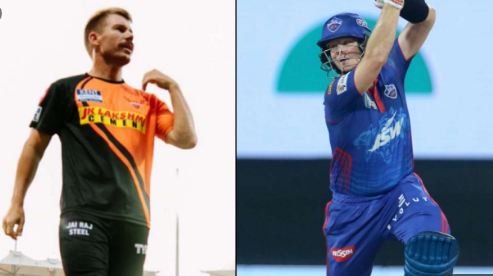 Australian Prime Minister Morrison has previously said that since the players have gone to India privately for the IPL, they will have to ensure their return on their own.

Threatening a five-year jail term or hefty fine, the Australian government temporarily barred its citizens from entering the country if they happened to be in India within 14 days of their intended arrival.

The verdict also means that Steve Smith, David Warner, Glen Maxwell, Pat Cummins and other Australians who are part of the ongoing Indian Premier League (IPL 2021) might be jailed for five years or will have to pay a hefty fine if they return home in the current scenario.

Notably, 14 Australian cricketers are currently playing in IPL 2021 and many Australians like Ricky Ponting, David Hussey, Brett Lee, and Matthew Hayden among others are also part of various IPL franchises’ coaching/support staff and TV commentary team.

Meanwhile, the emergency determination, made late on Friday, is part of strict measures to stop travellers to Australia from the world’s second most populous nation as it contends with a surge in Covid-19 cases and deaths. The decision was based on the proportion of overseas travellers in quarantine in Australia, who have contracted the infection in India, according to Health Minister Greg Hunt.

The restrictions come into effect from May 3 and breaching the ban risks civil penalties and up to five years imprisonment, Health Minister Greg Hunt said in a statement.

“Failure to comply with an emergency determination under the Biosecurity Act, 2015 may incur a civil penalty of 300 penalty units, five years’ imprisonment or both,” an official statement from the ministry said. “The CMO will consider the epidemiology in India and likely impacts on Australia’s quarantine capacity, and provide a further expert assessment of the public health risk to Australia to inform a proportionate response,” it further read.

The Australian government will reconsider the restrictions on May 15, Hunt said.

Earlier, Australia, which has no community transmissions, introduced a temporary suspension of direct flights from India to prevent more virulent COVID-19 variants from entering the country.

However, Australian cricketers Adam Zampa and Kane Richardson returned to Australia via Doha.

The ABC reported that the cricketers landed in Australia from Doha on Thursday, despite Prime Minister Scott Morrison stating on Tuesday that indirect flights from India through Doha, Dubai, Singapore and Kuala Lumpur had already “been paused by the respective governments”.

The Prime Minister said the loophole have been closed and foreshadowed more extreme measures earlier on Friday morning in an interview on 2GB radio.

“It was [a loophole] that became apparent to us on Wednesday and it was closed off at about seven-o’clock Wednesday evening,” he said.

“That flight that those cricketers were on managed to get away just before that. We had information on Monday that that wasn’t possible.”

Also, Australian Prime Minister Morrison has previously said that since the players have gone to India privately for the IPL, they will have to ensure their return on their own.