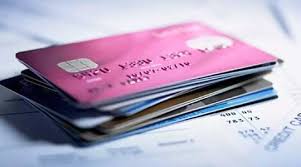 For many companies, the ultimate aim is to become the preferred wallet and lender to an individual

When going through your credit report, don’t be surprised if you see loans or enquiries from lenders whom you have never approached. There is a likelihood that these lenders are partners of e-commerce platforms from which you had availed of pay later or postpaid services.

Take the example of Amazon India. The company has tied up with Capital Float and IDFC First Bank for its pay later services, according to the company’s website. If you sign up for it, you will see an approved credit line in your credit report from one of the lenders.

Similarly, Ola Money had a tie-up with Aditya Birla Finance Ltd (ABFL). If you had signed up for Ola Money Postpaid, your credit report would have a limit sanctioned by ABFL.

“Such credit partnerships are termed as embedded finance. To make it convenient for customers, a company ties up with a lender, which evaluates the customer and offers a credit line,” said Parijat Garg, who previously worked with a credit bureau in a senior role.

According to industry officials, it’s a form of personal loan or equivalent of a credit card.

“When you go to a consumer durables store, you can get finance from lenders for the goods you purchase. It’s the same in the online world,” said Navaneetha Krishnan, chief – credit policy and process transformation, Bankbazaar.

When signing up for pay later or postpaid schemes, do keep a few things in mind. The e-commerce company would display the name of its partner during the onboarding process. Do make a note of it as it would appear as a lender in your credit report.

“It is a credit. If you delay or miss a payment or don’t pay, it will be reflected in your credit report, and it will impact your score,” said Ranjit Punja, co-founder, CreditMantri, a marketplace for financial products.

In most cases, the credit is free for a specific period. But some may charge a flat fee or one-time fee on signing up. Do check the charges beforehand.

As it is like a personal loan, do treat it like one. Don’t sign up unless you need it. Don’t avail too many services in a short duration as companies perform a credit check on the borrower. Don’t miss payments and don’t overstretch.

“If you already own a credit card, you can avoid these services. Use the credit-free period (over 40 days) that cards offer instead of using pay later,” said Garg.

According to industry officials, pay later services are at the nascent stage. For many companies, the ultimate aim is to become the preferred wallet and lender to an individual.

At present, the limits are low: ₹5,000-10,000 in most cases. Once the individual keeps paying on time, lenders would increase their limit, rewarding them for good behaviour.

“Ultimately, it will evolve to be a substitute for a credit card,” said Punja.