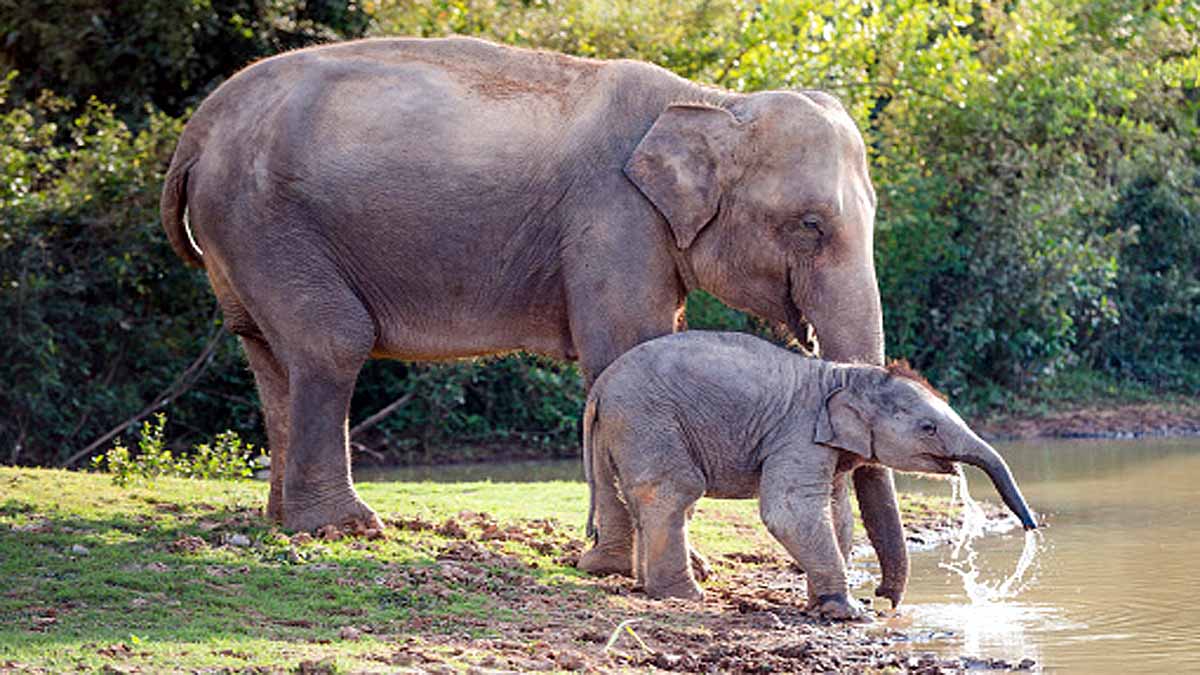 Assam Chief Minister Himanta Biswa Sarma expressed concern over the deaths of 18 elephants in Nagaon district and asked Environment and Forest Minister Parimal Suklabaidya to visit the spot to inquire into the matter.

Nagaon: As many as 18 elephants were found dead in remote hill areas of Assam`s Nagaon district on Thursday (May 13).

According to Assam Forest Minister Parimal Suklabaidya, preliminary investigation suggests that the elephants died due to electrocution caused by lightning. However, the exact reason can only be confirmed after post mortem.

Speaking to ANI, the minister said, “It is a very saddening incident. This has never happened before in the Assam forest. Today afternoon, when it was raining, a thunder struck and 18 elephants died.”

He further informed that he will be visiting the spot on Friday and a post mortem of the elephants will be conducted. “When we received the news, our DFO along with a veterinary doctor reached the site. In his report, the doctor has stated thundering as the reason. Tomorrow I will be visiting the location with five doctors, to conduct the post mortem,” he said.

Explaining the difficulty in taking a team to the remote hill area, Parimal Suklabaidya said, “We have a team currently up there at the hill. However the post mortem cannot happen in the darkness tonight. It is also difficult to take a bigger team because it is on a hill.”

The preliminary investigation found that the jumbos were killed due to electrocution caused by lightning, but the exact reason will be known only after post-mortem, which will be done on Friday, Principal Chief Conservator of Forest (Wildlife) Amit Sahay told PTI. “Two Divisional Forest Officers (DFOs) and one Conservator of Forest have conducted the preliminary investigation. On Friday morning, another team with veterinary doctors will reach the spot and conduct the post-mortem,” he added.

When asked how could such a huge number of elephants die together, Sahay said usually elephants stay in huddles in case of storms or rain. “Probably, at that very moment, lightning struck and the entire group got killed. I have asked the concerned DFO to provide more information like how many males or females were there. It will take some more time,” he said.

Villagers living near the hill claimed that the herd of the wild elephants was screaming unnaturally throughout the night and the cries faded gradually as the day broke.

Chief Minister Himanta Biswa Sarma expressed concern over the incident and asked Environment and Forest Minister Parimal Suklabaidya to visit the spot to inquire into the matter.

Elephant expert Bibhuti Lahkar termed the incident shocking and said such cases are very rare and unheard of in the Northeast. “In open areas of some places like the African grassland such accidents have taken place, but rarely in India. If we consider Eastern India, then one such incident took place at Jaldapara in West Bengal around 12-15 years ago, but the number of deaths was not so high,” he said.

Though officials are attributing the reasons to lightning from preliminary investigation, it is too early to arrive at a conclusion before the post-mortem as the number of elephants dying is “simply too high”, said Lahkar, the head of elephant conservation at NGO Aaranyak.

Is climate change the reason behind jumbos’ death?

“If they really died due to lightning, then these are signals of climate change. Our climate has become erratic, thunderstorm, rain — everything has become erratic. If we really want to arrest this, we need to save our nature,” said the winner of the ‘Heritage Heroes Award 2016’ of the International Union for Conservation of Nature (IUCN).