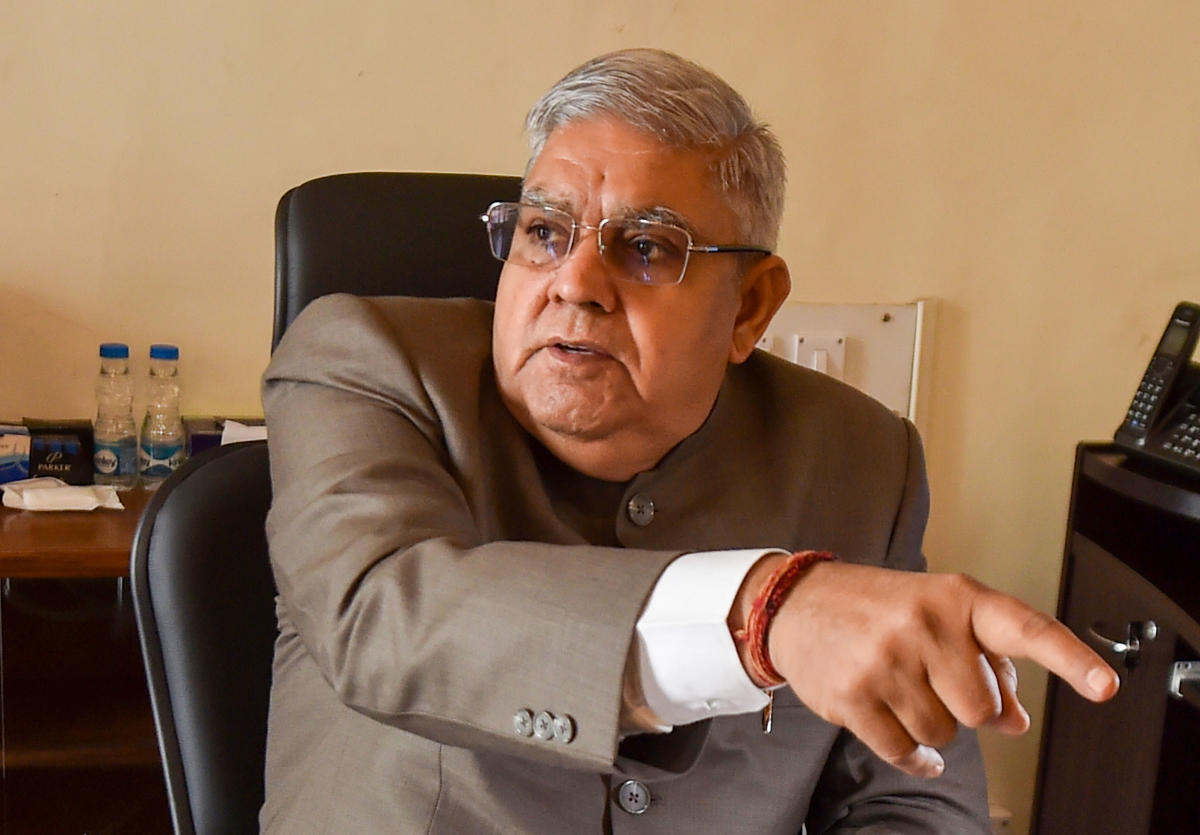 Accompanied by the BJP MP from Cooch Behar in north Bengal, Jagdeep Dhankhar went to the camp in Assam’s Dhubri district and interacted with the people, including women and children, who have taken refuge there.

West Bengal Governor Jagdeep Dhankhar on Friday visited a camp in Assam’s Ranpagli, where several families claiming to be BJP supporters have taken shelter after they had allegedly faced atrocities at the hands of ruling Trinamool Congress workers following the assembly elections. Accompanied by Nisith Pramanik, the BJP MP from Cooch Behar in north Bengal, Dhankhar went to the camp in Assam’s Dhubri district and interacted with the people, including women and children, who have taken refuge there.

People at the shelter claimed to have fled their homes in Bengal after the poll results were out on May 2. They also alleged that their houses were “ransacked by Trinamool Congress goons”.

The West Bengal governor travelled to the camp at Ranpagli by road from Cooch Behar as his helicopter could not take off owing to bad weather condition. Dhankhar had on Thursday visited various places in Cooch Behar and met people who were allegedly affected by the post-poll violence. He was shown black flags at Sitalkuchi, where four villagers died after firing by central forces during the elections, while “go back” slogans were raised at Dinhata during his visit to the district.

The run-up to his visit was marked by a war of words between the governor and West Bengal Chief Minister Mamata Banerjee. The chief minister on Wednesday wrote to him claiming that his visit to the post-poll violence-affected Cooch Behar district violates norms, while Dhankhar hit back saying he was discharging duties mandated by the Constitution.

He wrote back saying that he has been following the Constitution since taking oath as the governor and his visit to Cooch Behar was to share the pain and agony of the people suffering from the post-poll violence.