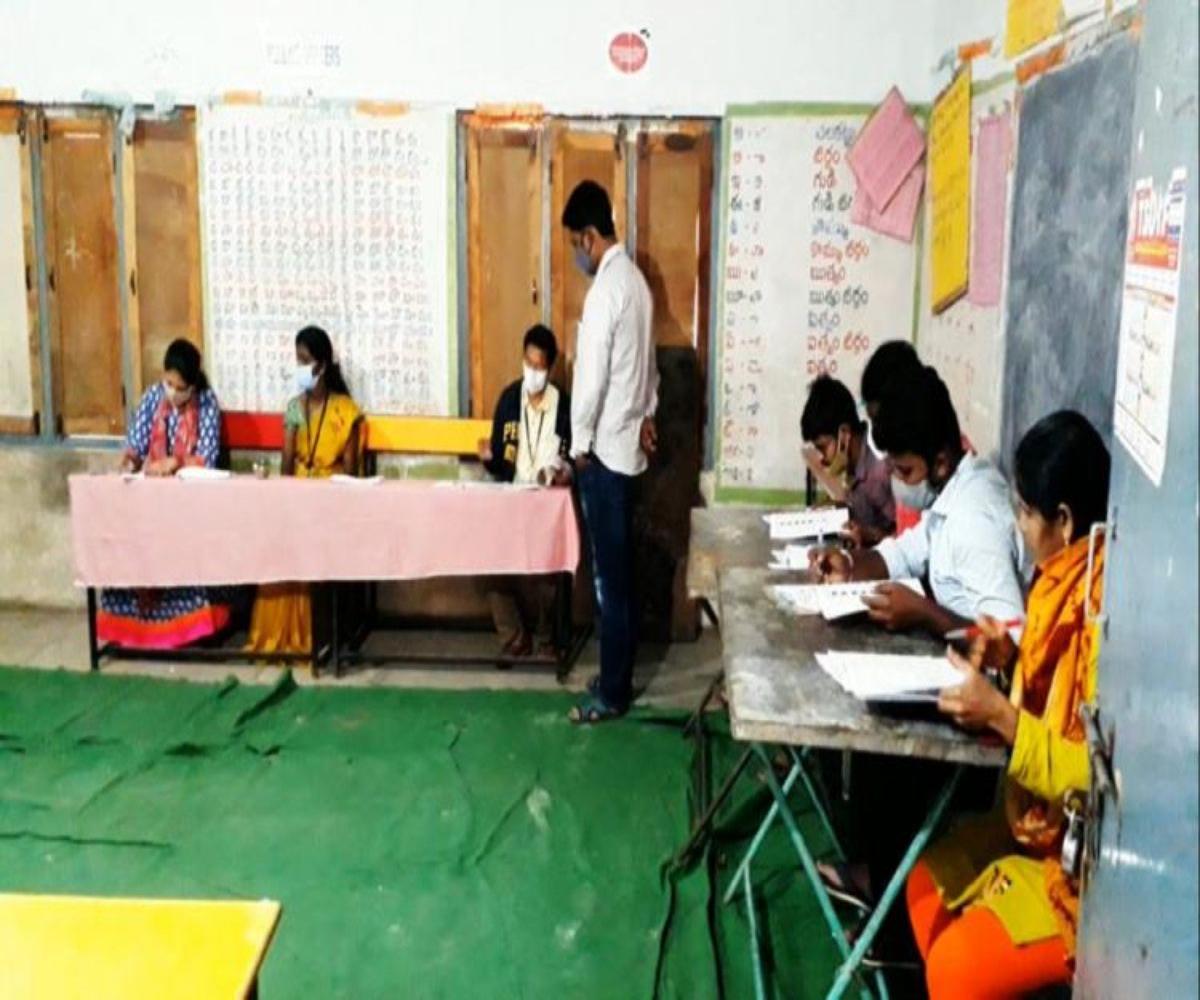 Kin of teachers who died due to COVID-19 after observing poll duty, say they are angry with the government for holding polls during a pandemic.

G Sandhyarai, an English teacher from Nalgonda district in Telangana died on May 8 after spending 13 days on a ventilator. She leaves behind an 8-year-old daughter and her husband Kambham Pati Mohan Rao. She was a polling officer at polling booth number 102 in the Nagarjuna Sagar Assembly bye-poll on April 17.

“My wife attended to poll duties at Nagarjuna Sagar on April 17, developed COVID-19 symptoms within three days and required hospitalisation on April 25,” says Mohan. “Her job on the polling day involved verifying voter id and Aadhaar cards of voters. She had come into contact with over 350 people at the polling booth,” adds Mohan, who suspects his wife to have come in contact with a COVID-19 patient who visited the poll booth to cast vote.

As many as 15 teachers who took part in poll duty in the recently held assembly and corporation elections died due to COVID-19 related complications since May first week, claims the Telangana State United Teachers Federation. The union leaders claim that about 500 teachers who attended poll duties in the Warangal, Khammam corporation elections and the Nagarjuna Sagar Assembly bye-poll have tested positive.

“My wife did not hesitate to do her duty, she didn’t complain even in her death but I am angry. I am angry at the state government for holding the polls. They announced a lockdown after the poll results and made everyone fall sick.I have suffered a huge loss,” says an irate Mohan.

The Telangana State United Teachers Federation General Secretary, Chava Ravi told TNM that in the second wave of the COVID-19 pandemic, a total of 225 school teachers from across Telangana have died due to the disease. “About 166 teachers have died while in service and about 59 retired teachers have died. We observed about 15 deaths among teachers who took part in poll duty,” says Ravi.

The Telangana government had announced Rs 1 lakh relief for any teacher who tests positive for the novel coronavirus. “But the treatment at a corporate hospital costs a minimum Rs 4 lakh. The sum assured is not enough to meet the medical bills,” says Ravi.

The Telangana State Election Commissioner C Partha Sarathi told TNM that all COVID-19 related guidelines were followed for the Khammam and Warangal corporation elections. “The Assembly polls come under the purview of the Election Commission of India. For the corporation and municipal elections, we have followed all COVID-19 guidelines at the polling booths and at the counting centres. Also, though there were provisions for COVID-19 positive patients to vote, no one actually turned up to vote,” said Partha, who added that the Commission has not undertaken any steps to identify if polling staff had contracted COVID-19 after attending duty.

In April, the Times of India had reported that 70 staff who took part in poll duty had tested positive for coronavirus that month. The paper reported that owing to rising cases, the government staff had sought exemption from election duties. However, district collectors instructed returning officers to not entertain exemption requests from poll duties unless it was a health condition. Partha Sarathi had then said that only 5% of the staff taking part in poll duties could be given an exemption.