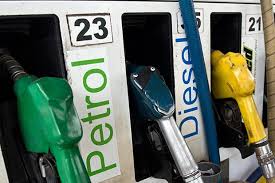 Petrol and diesel prices are revised on a daily basis in line with benchmark international price and foreign exchange rates.

New Delhi: Petrol and diesel prices on Tuesday was yet again hiked after being paused on Monday by the oil marketing companies.

Petrol price on Tuesday was increased by 27 paise per litre and diesel by 29 paise, pushing rates across the country to record highs and that of petrol in Mumbai crossed Rs 99 a litre.

In Delhi petrol prices stands at Rs 92.85 per litre and diesel at Rs 83.51 per litre according to a price notification of state-owned fuel retailers. A litre of petrol in Mumbai now comes for Rs 99.14 and diesel is priced at Rs 90.71 per litre.

Here is looking at the price difference of diesel and petrol in four metro cities on May 18, 2021.

Rates had already crossed Rs 100-mark in several cities in Rajasthan, Madhya Pradesh and Maharashtra and with the latest increase, price in Mumbai too was inching towards that level.

Fuel prices differ from state to state depending on the incidence of local taxes such as VAT and freight charges. Rajasthan levies the highest value-added tax (VAT) on petrol in the country, followed by Madhya Pradesh and Maharashtra.

Since March last year when the government raised excise duty on fuel to an all-time high, petrol price has increased by a record Rs 22.99 per litre (after accounting for a handful of occasions when rates fell) and diesel by Rs 20.93.

Central and state taxes make up for 60 per cent of the retail selling price of petrol and over 54 per cent of diesel. The union government levies Rs 32.90 per litre of excise duty on petrol and Rs 31.80 on diesel.