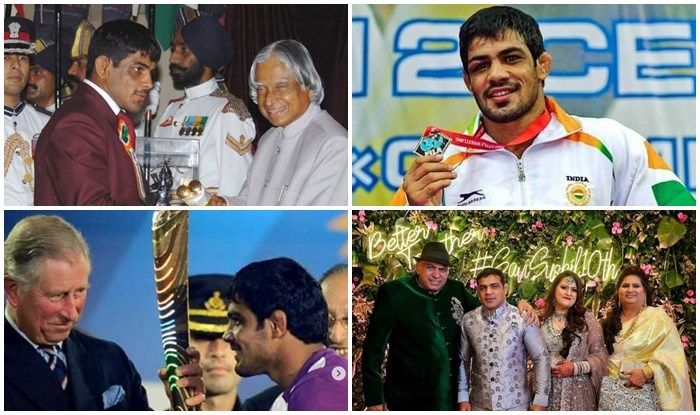 Sushil Kumar is one of the most high-profile Indian athletes outside of cricket.

With 17 medals across the Olympics, CWG, Asian Games, World Championships, and various other accolades, Sushil Kumar is easily India’s most decorated wrestler ever. The Padma Shri-winner is now absconding – two weeks after a former junior national wrestling champion Sagar Rana – was murdered outside the parking lot of Chhatrasal stadium in New Delhi.

The Delhi Police also announced a reward of Rs 1 lakh for any information that leads to the arrest of wrestler Sushil Kumar, who is on the run in connection with the case. On Tuesday, Kumar faced another setback after the Delhi Court rejected his anticipatory bail plea

ollowing the murder of the young wrestler in the Delhi Stadium, police have also questioned Sushil Kumar’s father-in-law Satpal Singh. Satpal is a 1982 Asian Games gold medallist who was recently grilled by the police for over two hours.

Sushil Kumar married his coach Satpal’s daughter Savi in 2011. To celebrate 10 years of togetherness, the couple announced a special collaboration of their wedding anniversary on Instagram, a couple of months ago.

One of the most high-profile Indian athletes, Sushil was a star at the Commonwealth stage. He bagged three consecutive Commonwealth Games gold medals – Delhi (2010), Glasgow (2014), and now at CWG 2018 at Gold Coast, make him one of the most decorated matmen of India.