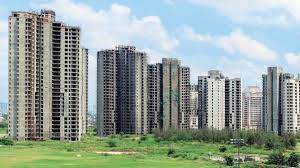 With the second wave of COVID-19 wreaking havoc, the focus, understandably, has remained on safety and health.

That has, in turn, produced a downside. There are stricter curbs on movement, which has meant that homebuyers cannot visit construction sites or builder offices to view or book properties.

Construction activity, too, has been impacted largely on account of migrant labourers going back to their native places, accompanied by liquidity issues faced by developers.

All these factors are expected to take a toll on real estate transactions, prices as well as delayed project timelines, going forward.

While some experts are of the opinion that prices of properties may go up as cement and steel have become expensive, others believe that they may remain stagnant as buyers would be more cautious about opting for a high value purchase, as the fear of job losses looms larger this time around.

Also, unlike last year when there was pent up demand for larger houses on account of work-from-home, this year, that demand has more or less been met, thanks largely due to discounts thrown in by developers and stamp duty concessions offered by some state governments, notably Maharashtra.

There is a school of thought which believes that luxury home buyers were the least affected by the first wave of the pandemic and were, in fact, snapping up good deals.

In this second wave, the mid and affordable segments may be majorly impacted.

“There may be limited scope for builders to increase prices during the second wave as demand has more or less eroded,” says Pankaj Kapoor, founder and managing director of Liases Foras.

He also suggests that cases of defaults and insolvencies may also go up in the days ahead.

After the first wave, the demand for housing was led by upgrades (buyers upgrading from 2BHK to 3BHK etc) and was driven by various incentives such as the stamp duty cut in Maharashtra, points out Kapoor.

Property prices may witness correction but not more than 5 percent in the primary segment; price cuts in the secondary market would be dependent on the financial distress being experienced by individual sellers.

The total unsold inventory in the top eight cities currently stands at 9.5 lakh units. It may go up if sales take a hit.

As for new launches, that would be a compulsion rather than the norm.

Says Kapoor: “Builders are currently sitting on land banks that they have accumulated over the last 15-20 years. Instead of appreciating, the land values have been depreciating, depending on the location. Despite COVID-19, the first wave saw close to 50,000 launches in the third and the fourth quarters. It is due to this reason that launches have become imperative and will continue to be so.”

According to him, builders’ cash flows are linked to the pace of construction activity. With that taking a hit and workers returning to their villages, developers would face financial challenges.

Having said that, this may perhaps be the right time for buyers who have the financial wherewithal, to take the plunge as they may get the best deal in town due to contraction in demand, Kapoor adds, for good measure.

“We may lose the first or the second quarter, but sales will be back either in the third or the fourth quarter,” he told Moneycontrol, predicting that the demand for homes will only increase going forward.

Asked if developers would be launching new projects, Bajaj replied in the negative, saying that the acute liquidity crisis in the market mitigates against such a possibility.

“One reason is that financing is not available, and sales are restricted to the ready-to-move-in or the soon to be completed categories; under construction projects or projects that come with back-ended plans wherein the buyer has to pay 10 percent at the time of booking, 30 percent during construction and the balance on possession. This means that the builder has to organize liquidity and capital to finish the projects,” he explains.

Looking ahead, Bajaj says, “With the completed inventory gradually coming down and new launches becoming scarce, prices of ready inventory will only inch up, going forward.”

At the same time, he believes that when prices have not risen for the last four to five years, the time for correction is overdue. This would mean that prices may increase by 10-15 percent in a year’s time, he estimates.

The increase would be felt across segments, including affordable and mid-segment housing, adds Bajaj.

Anuj Puri, Chairman – ANAROCK Property Consultants, agrees that the sector is witnessing a temporary slowdown due to the rampant spread of the coronavirus. “The market will quickly regain on an even keel once the vaccination drive picks up pace and the health infrastructure crunch abates,” he prophesied.

Actually, developers may find it necessary to raise their prices as their operating costs have gone up – not the least because they have to pay for additional safety measures for construction workers, but also because all input costs have shot up, Puri points out.

Economically, luxury home buyers were the least affected by the first wave and were, in fact, snapping up good deals.

Like Bajaj, he too feels that in the second wave, the mid and affordable segments could be impacted.

Right now, however, any prediction would be conjecture as recovery depends on too many variables, which cannot be forecast.If the pandemic assumes a sustained downward trajectory, we expect the housing sector to show signs of good recovery by the festive quarter of 2021, Puri conjectures, adding as a rule, that launches will remain muted.

The main priority for most developers is currently completing ongoing projects.

The current trend is towards larger configurations, which is unlikely to change. Larger homes are not just a preference, but a necessity in a work-for-home (WFH) and study-from-home environment.

Ritesh Mehta, Senior Director and Head – West India, Residential Services, JLL India, believes that this time around the luxury segment may not see a price correction because the holding capacity of High Networth Individuals (HNIs) is high.

“The biggest hit would be felt in the mid segment as the units bought are largely on housing loans and not entirely dependent on disposal incomes,” predicts Mehta.As for real-time money, experts proffer possible impact of the second wave: housing units priced around Rs 3 crore in Mumbai, Rs 80 lakh to Rs 1.5 crore in Delhi-NCR and Rs 90 lakh to Rs 2 crore in Bengaluru. It sure sounds a very interesting order.