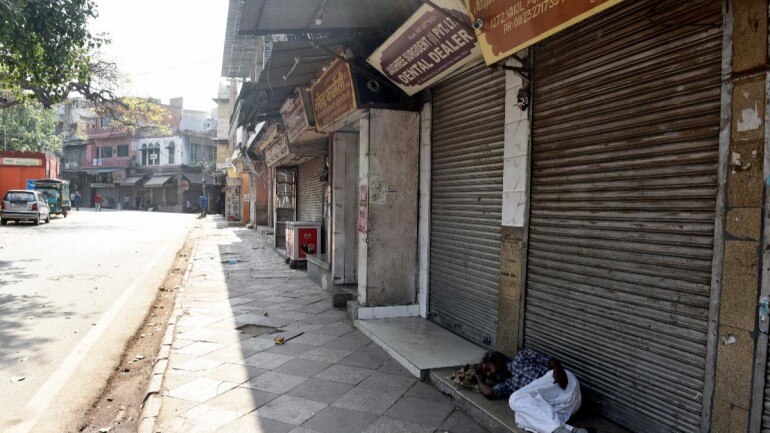 Synopsis: In a bid to contain the Covid spread, the state government had first imposed the lockdown on May 3, which was extended every week since then.

The Haryana government on Sunday extended the Covid-induced lockdown by another week, while giving some relaxations to standalone shops in the state.

State Chief Secretary Vijai Vardhan, in an order, said the lockdown, which was earlier imposed till May 24, has been extended till May 31.

“The shops with odd numbers will open on odd dates and shops with even numbers on even dates,” the order said.

However, malls are not allowed to open.

“The deputy commissioners are hereby directed/authorised to work out the modalities of implementing the relaxations strictly,” the order said.

Earlier, a cap of 11 persons had been enforced for weddings and funerals.

To contain the second wave of the pandemic in Haryana, the state government had first imposed the lockdown on May 3 for a week till May 10, which was extended thrice.

After imposition of the lockdown, coronavirus cases, positivity rate and deaths have come down significantly in the state.

Over two weeks ago, there were nearly 1.15 lakh active cases in the state, which now stand above 40,000.

“Now, after duly considering the fact that although the Covid positivity has come down, however, Mahamari Alert/Surakshit Haryana needs to continue so as to bring it and the fatality rate down even further,” said the order issued on May 23.

During the lockdown, the government had also stepped up efforts to check the spread of the virus in rural areas with many villages seeing a surge in infections recently.

The state government had also put several other restrictions in place, including the imposition of Section 144 of the CrPC and daily night curfew.