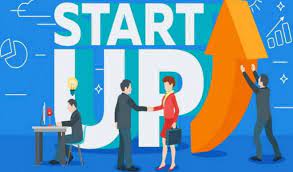 MUMBAI : Banking tech startup Zeta has become the latest unicorn in India after raising $250 million from SoftBank’s Vision Fund 2 at a valuation of $1.25 billion.

This is the first investment from an institutional investor for the firm, founded by serial entrepreneur Bhavin Turakhia and Ramki Gaddipati.

Zeta plans to use the funds to disrupt the banking industry’s back-end technology landscape. Investment bank Avendus Capital advised Zeta on the fundraise.

The increasing flow of foreign capital is fuelling the growth of unicorns in India. In 2020, a dozen startups, including Razorpay, PineLabs, Zerodha and Postman, joined the coveted unicorn club, the highest-ever in a year, as per the Indian Tech Unicorn Report 2020 by Orios Venture Partners, an early-stage venture capital fund. At $16 billion, fintech giant Paytm continues to be the most valuable unicorn, followed by edtech startup Byju’s.

“Most banks are using decades-old software, built when mainframes and Cobol were in vogue. They have been slow to innovate and provide poor user experiences. With Zeta, FIs (financial institutions) can leverage a modern, cloud-native platform and improve speed to market, agility, cost-to-income ratio and user experience,” said Turakhia, who is also the chief executive of Zeta.

On the investment from SoftBank, Turakhia said: “We decided to bring in a partner because the scale that we are trying to achieve is massive. Banking has not been disrupted the way other industries have been. The idea is not to build to sell but to build a $100 billion enterprise. We want to make a significant dent into the $200-300 billion global banking technology market.”

“And in that journey, we will have a path to an IPO, but that is several years away right now,” he added.

“The tie-up with HDFC Bank is the largest in scale in India,” he said, adding that Zeta is working with HDFC Bank on several product launches, which may happen this year.

Zeta will use 70% of the capital raised from SoftBank for business development and the rest to onboard new clients and to technology. “A substantial amount of the capital will be used to build up our credit card processing stack,” said Ramki Gaddipati, chief technology officer and co-founder, Zeta. “We want to make it the most dominating stack across the world.”

Zeta’s ongoing contracts will help it achieve an annual run rate of $250-300 million by the end of the lifetime of these contracts, said Turakhia.