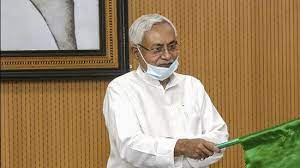 Bihar Panchayat Election 2021 Date: With the five-year term of Panchayats ending on June 15, the Bihar government is exploring all the options available before it to keep the village governing bodies functional. There are 2.58 lakh panchayat posts across the state and holding an election is nearly impossible given the COVID-19 outbreak. Bihar Panchayati Raj Minister Samrat Choudhary has informed that the NDA government may soon decide with regard to an interim measure required to keep the panchayats working. Reports suggest that the government is weighing upon two key options – handing over the charge to administrators or to give an extension to the outgoing elected representatives.

The recent Panchayat elections in Uttar Pradesh exposed the rural populations and polling officials to the COVID-19 and around 2000 teachers and academic staff deployed in poll duty succumbed to the infection. Bihar, where the COVID has already penetrated the remote areas, won’t be willing to take such a risk. The state currently has around 30 thousand active COVID-19 cases.

Uttar Pradesh had delayed panchayat elections by around one year and had handed over the charge of gram panchayats to the administrators last year. The Bombay High Court had also passed an interim order last year directing Maharashtra to depute a local government official as an administrator of the gram panchayat. Samrat Choudhary said that if the charge is to be handed over to administrators, the decision will be taken by the Chief Minister, reported Hindustan Times.

On the other hand, Jharkhand has extended the tenure of outgoing representatives, opting for the second choice. This option has been backed by the Bihar Rajya Mukhiya Sangh, an association of village heads. They have written to the Chief Minister saying that appointing officials as administrators would have an adverse long-term impact on the Panchayati raj system.

On the other hand, Bihar State Election Commission (SEC), which had been preparing to use electronic voting machines (EVMs) for the first time in the state’s panchayat polls, deferred the polls following the developments in Uttar Pradesh which went ahead with the polls last month. The EC has not decided any date for the panchayat elections as of now.