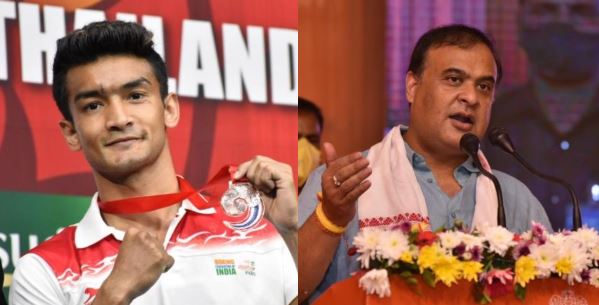 Taking to his Twitter CM Sarma wrote, “Pride! I called an exuberant @shivathapa to personally congratulate him on winning the semi-finals of ASBC #AsianBoxingChampionships in Dubai and advancing to the finals in the 64 kg category. On behalf of the people of Assam, I conveyed my best wishes for the finals.”

Earlier, Sarbananda Sonowal, the former Chief Minister of Assam, congratulated Shiva Thapa for his heroic victory and for making it to the finals.

Shiva Thapa emerged victorious in the 64 kg last-four clash against defending champion Bakhodur Usmonov of Tajikistan with a score of 4-0. Continuing his top-class performance, he bags a place in the finals of this competition for the third time.

The International Boxing Association, AIBA, has set aside USD 4,00,000 in prize money for the ongoing championships. The gold medalists in the men’s and women’s divisions will each get USD 10,000, while the silver and bronze medalists will each receive USD 5,000 and 2,500. The women’s and men’s final matches will be played on Sunday and Monday, respectively.