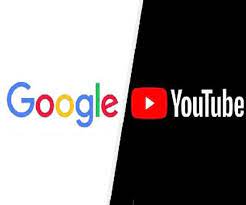 New Delhi | Jagran Technology Desk: Two major changes are going to take place in Google and YouTube’s services from June 1. Users will now have to pay for the free services of Google Photos and those earning from YouTube will be brought under the tax net. Here’s all you need to know about the changes in Google and YouTube services.

Coming as the biggest shock to the YouTube bloggers, who make money from the platform, now you may have to pay tax on your earnings from June 1. However, according to media reports American content creators will not be taxed. This rule is only for other countries including India under which it is mandatory for YouTube content creators to pay tax on their earnings. It is important to note that users will have to pay taxes only for the views received from American viewers. The rate of tax will be 24 per cent per month on the earnings

Read More:-Google I/O 2021 LIVE Streaming: When And Where To Watch Keynote; What To Expect – Know it All

Google Photo’s free cloud service is now going to change from June 1. The company will introduce a paid subscription for this service with the name Google One. Earlier, users could store unlimited photos on Google Photos but from June onwards its Cloud storage facility will be chargeable. From June 1, users will get 15GB of free cloud storage facility from Google. If you wish to store documents and photos of more than 15GB then you will have to pay $ 1.99 (Rs 146) per month

Earlier, Google introduced several other changes on its other platforms as well. Various new updates like changing passwords by using Chrome Assistant, unlocking the car with your phone, and searching screenshots via Google Lens were introduced at the Google I/O conference 2021.