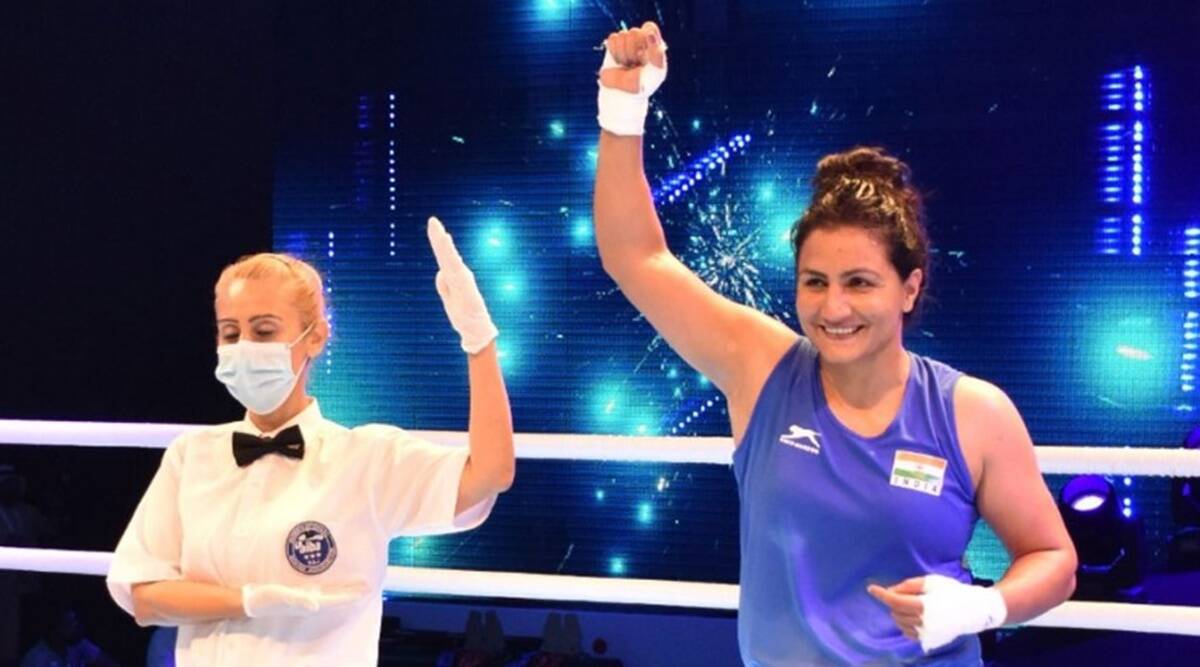 The Olympic-bound Pooja (75 kg), who was competing in her first bout of the tournament after getting a bye and a walkover earlier, dismantled Mavluda Movlonova of Uzbekistan with a clinical performance.

Defending champion Pooja Rani (75kg) was the lone Indian woman boxer to strike gold at the Asian Championships while three others, including six-time world champion MC Mary Kom (51kg), signed off with silver medals in Dubai on Sunday (May 30). The Olympic-bound Pooja (75 kg), who was competing in her first bout of the tournament after getting a bye and a walkover earlier, dismantled Mavluda Movlonova of Uzbekistan with a clinical performance.

She also earned $10,000 for her marvellous one-bout show in which Movlonova was simply out of sorts, unable to keep pace with the Indian’s intensity. However, six-time world champion Mary Kom (51kg), and tournament debutants Lalbuatsaihi (64kg) and Anupama (81+kg) ended with second place finishes.

All three lost tightly-contested bouts and fetched themselves a prize money of USD 5,000 along with the silver medals. The Olympic-bound Mary Kom went down in a split 2-3 verdict to Nazym Kyzaibay of Kazakhstan.

It was the Manipuri superstar’s seventh medal in the tournament, the first being a gold that came way back in the 2003 edition. Her tournament record now stands at five gold and two silver medals.

Lalbuatsaihi lost 2-3 as well but after giving her Kazakh rival Milana Safronova a fight to remember. Lalbuatsaihi came into the Indian team as a late replacement for the seasoned Pwilao Basumatary, whose passport had expired. The Mizo boxer exhausted her rival with her counter-attacks but lost momentum in the final round to end second best.

Anupama was the last to take the ring against former world champion Lazzat Kungeibayeva of Kazakhstan. She managed to hold her own in a bout marred by excessive holding and clinching, but it was Kungeibayeva, who connected better for a 3-2 win.

Earlier, up against an opponent 11 years younger to her, the 38-year-old Mary Kom made an impressive start and clinched the opening round comfortably by relying on her sharp counter-attacks.

The pace picked up in the second round and both the boxers showed aggressive intent. The Kazakh drew level at this point with her jabs landing perfectly. Mary Kom fought back in the final three minutes but that was not enough to get the judges’ nod.

Kyzaibay is a two-time world champion and a six-time national champion. All gold-winners got prize money of $10,000 each.

On Monday, Amit Panghal (52kg), Shiva Thapa (64kg) and Sanjeet (91kg) will fight it out in the men’s finals. Panghal will square off against reigning Olympic and world champion Shakhobidin Zoirov of Uzbekistan. It will be a repeat of the 2019 world championship final in which the Indian had lost to settle for silver.

Thapa will be up against Mongolia’s Baatarsukh Chinzorig, who is the Asian Games silver-medallist. Sanjeet will take on Kazakh legend Vassiliy Levit, who is chasing his fourth gold at the continental showpiece.

They also got a prize money of $2,500 each for their third-place finishes.