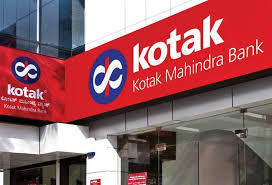 Private lender Kotak Mahindra Bank (KMB) on June 1 said the Reserve Bank of India’s (RBI) latest communication on cryptocurrencies is a step in the right direction, interpreting it as the central bank’s permission to deal in virtual currencies.

“The Reserve Bank of India (RBI) allowing virtual currency is a progressive step in the right direction. While RBI has allowed dealing in the virtual currency it has also seen that the last mile beneficiary is also known to them by making it compulsory for banks and exchanges to follow proper due diligence with all prerequisite from KYC to FEMA to AML being in place,” Shekhar Bhandari,  President- Global Transaction Banking,  Kotak Mahindra Bank, told Moneycontrol.

Other banks have not formally responded to the RBI clarification till the time of filing this story.

A senior banker told Moneycontrol that the new notification only creates more confusion for banks. “The RBI is not saying clearly whether we are supposed to allow crypto transactions or not. That is why banks are confused about their communication to customers,” he said.

After Monday’s notification, banks might evolve a strategy of not denying services outright. Instead, they might try to discourage customers from transacting, asking them for multiple documents and increasing paperwork significantly, the person quoted above said.

The RBI on May 31 clarified that banks and other regulated entities cannot cite its 2018 circular on cryptocurrencies as it has been set aside by the Supreme Court (SC) in March 2020. The circular is not valid from the date of the SC order and cannot be cited or quoted from, the RBI said.

However, the central bank asked banks to carry out the necessary customer due diligence process in line with regulations governing standards for Know Your Customer (KYC), Anti-Money Laundering (AML), Combating of Financing of Terrorism (CFT) and obligations of regulated entities under Prevention of Money Laundering Act, (PMLA), 2002.

The RBI said it has observed that certain banks/ regulated entities have cautioned their customers against dealing in virtual currencies by making a reference to its 2018 circular.

“Such references to the above circular by banks/ regulated entities are not in order as this circular was set aside by the Hon’ble Supreme Court on March 04, 2020, in the matter of Writ Petition (Civil) No.528 of 2018 (Internet and Mobile Association of India v. Reserve Bank of India),” the RBI said. “As such, in view of the order of the Hon’ble Supreme Court, the circular is no longer valid from the date of the Supreme Court judgement, and therefore cannot be cited or quoted from,” the RBI said.

In it’s April 6, 2018 circular, the RBI said in view of the associated risks,  RBI-regulated entities should not deal in virtual currencies (VCs) or provide services for facilitating any person or entity in dealing with or settling VCs.

“Such services include maintaining accounts, registering, trading, settling, clearing, giving loans against virtual tokens, accepting them as collateral, opening accounts of exchanges dealing with them and transfer / receipt of money in accounts relating to purchase/ sale of VCs,” the RBI said then.

Further, the regulated entities which already provide such services shall exit the relationship within three months from the date of this circular, the RBI said.

However, the Supreme Court set aside this circular in March, 2020.

Commenting on the circular, Sandeep Naliwal, Polygon, said, “This is very positive for the ecosystem and it feels like overall consensus within the government and regulatory bodies is against stifling innovation and growth in the crypto ecosystem in India.”

Earlier, in an email to customers, banks, including HDFC Bank and State Bank of India, said that users who deal in virtual currencies may face account suspension citing a 2018 circular from the Reserve Bank of India. Notably, the circular was struck down by the Supreme Court in March 2020.

There are 350 startups that operate in blockchain and crypto. Crypto exchanges, WazirX, CoinSwitch Kuber and other exchanges, have seen a big rush in demand from users and crypto exchanges are advertising heavily on investments.