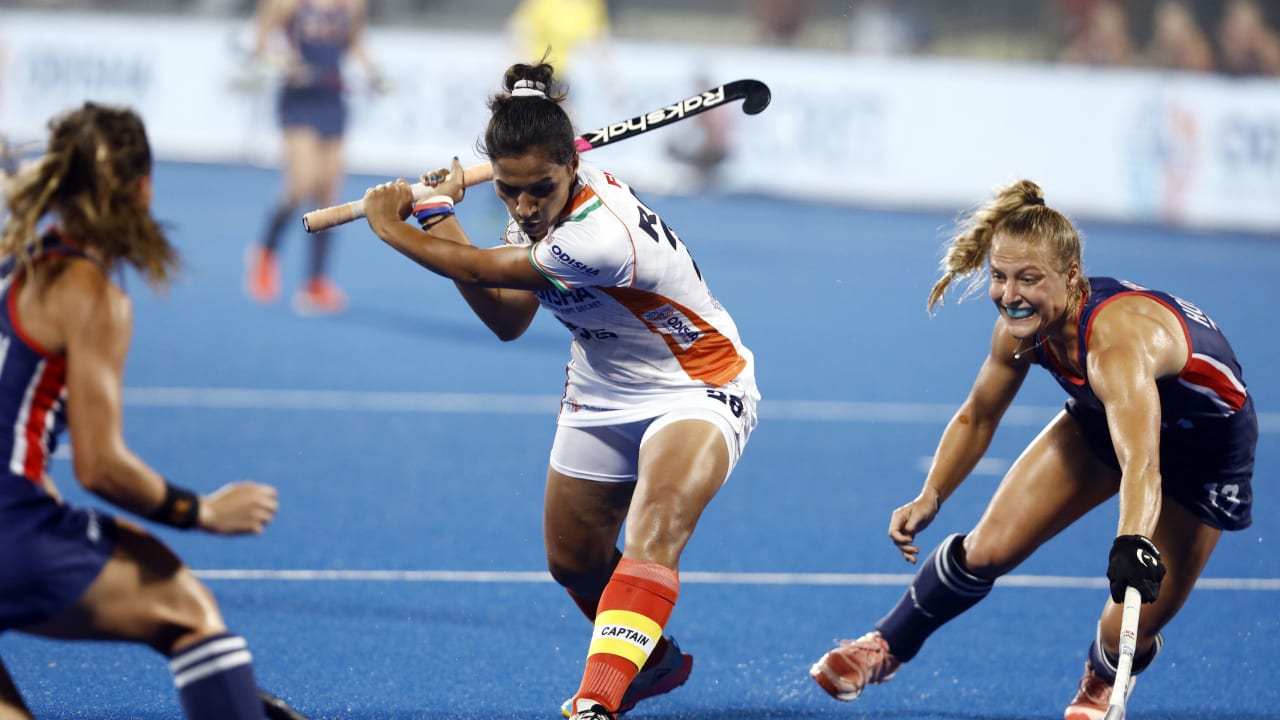 Rani Rampal, whose goal against the USA ensured India a spot at the Tokyo Olympics, confirmed that she has regained the desired level of fitness and has begun training with the old intent for the showpiece event, which is currently scheduled to go as per plans.

A month after battling the COVID-19 virus, India women’s hockey team captain Rani Rampal is back on the field with her same old spirit and zeal. Rani, whose goal against the USA ensured India a spot at the Tokyo Olympics, confirmed that she has regained the desired level of fitness and has begun training with the old intent for the showpiece event, which is currently scheduled to go as per plans.

“I started to train slowly after completing the mandatory 14-day quarantine period. The doctors too had advised against high-intensity training. But now it’s almost a month since I’ve recovered, and have started training at full pace,” Rani told Zee News English in an exclusive interview.

Giving insights on her work module post-COVID recovery, Rani credits the changes she made in her lifestyle, which according to the 26-year-old has helped immensely.

“It was very difficult initially. I used to quickly drain out while practicing, there was weakness post-recovery. But I have given special attention to several factors.

“Eating healthy food, sleeping in time, and keeping my body hydrated has been the main area where I’ve been focusing to keep myself fit,” said Rani.

Rani, who is currently lodged at the Sports Authority of India center in Bengaluru with 24-other Tokyo probable, discussed in length the team’s preparation, and in doing so, the forward also spoke about a specific routine that they have come up with.

“Apart from the regular training, we also practice an hour daily in the heat, when we feel the temperature to be maximum.

“There are sessions in the day, which normally start at 10:30 to 12:30 or 11.00 to 1.30 in the morning, apart from the regular evening sessions,” said the forward, who is also the only women hockey player to win the prestigious Khel Ratna award.

Filling up the gaps

The team endured poor run in their recent tours to Germany and Argentina, where the unit failed to notch a single win. However, the skipper terms the experience as a learning ground, considering the nature of the competition, and asserted it was not the creativity, but the execution that hurt the team the most.

“They (Germany and Argentina) are the top teams in the world and we gave them a great fight. If you keep the results aside, our performance was not that bad. One thing to win in hockey is creating chances, so if we look back, we did create a lot of chances, but it was the finish that was not up to the mark,” pointed out the captain.

The forward mentioned the unit has been working in this area, adding they are also practicing various drills on defending penalty corners to prevent conceding soft goals.

Rani, who desires to set an example for others going into the Olympics, says the team will take one match at a time and doesn’t want to rush things up. “There’s no particular opponent that we are focusing on. We are taking everything match by match, like our first match is against Holland followed by Germany. So, we don’t want to rush things up and focus one match each and our initial goal is to make it to the quarter-finals of the game.”

The captain also asserted that this is a fitter Indian team and has the potential to compete against any opponent. “We have trained enough to compete against any team, and we have improved a lot in terms of fitness. Earlier, we used to feel the European teams were ahead of us in terms of fitness, but I don’t see the gap anymore,” the skipper concluded.