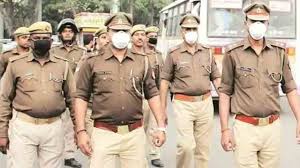 In Udaipur, a milkman cut off the head of a camel as a sacrifice for success in business. Four people have been arrested in the case.

A milkman in Udaipur killed a camel by cutting off its head as a sacrifice in order to attain success in business. He was helped by three others. All four accused have been arrested.

The milkman, Rajesh, was advised by a bhopa (religious guru) to kill a camel and offer its head to a deity. He approached the bhopa, named Shobha Lal Mali, because the 30 cows at his dairy had begun to produce less milk than usual and he was worried.

On the advice of the bhopa, Rajesh and his friend Raghunath along with Mali and his son Chetan searched for a camel near Police Line Road in Tekri, Udaipur. Once they found the unclaimed camel, they fed it fodder for two days.

On May 23, they sacrificed the animal at around 11 pm. They cut the camel’s neck with an axe and took it to Mali’s field. After the performance of the ritual, the camel’s head was buried two days later in a pit outside Rajesh’s house in Balicha.

On the evening of May 24, a resident of Surajpole in Udaipur found the dead headless camel lying in an empty plot behind the police quarters in Tekri. He reported it to the police and the investigation began. An investigating team was constituted under the supervision of additional superintendent of police Gopalswaroop Mewada and circle officer Rajeev Joshi.

The police interrogated four suspects based on information from the informer. The suspects admitted to having killed the state animal.

The police then arrested milkman Rajesh, his friend Raghunath, bhopa Shobha Lal Mali and his son Chetan. The camel’s head has been recovered from outside Rajesh’s house.