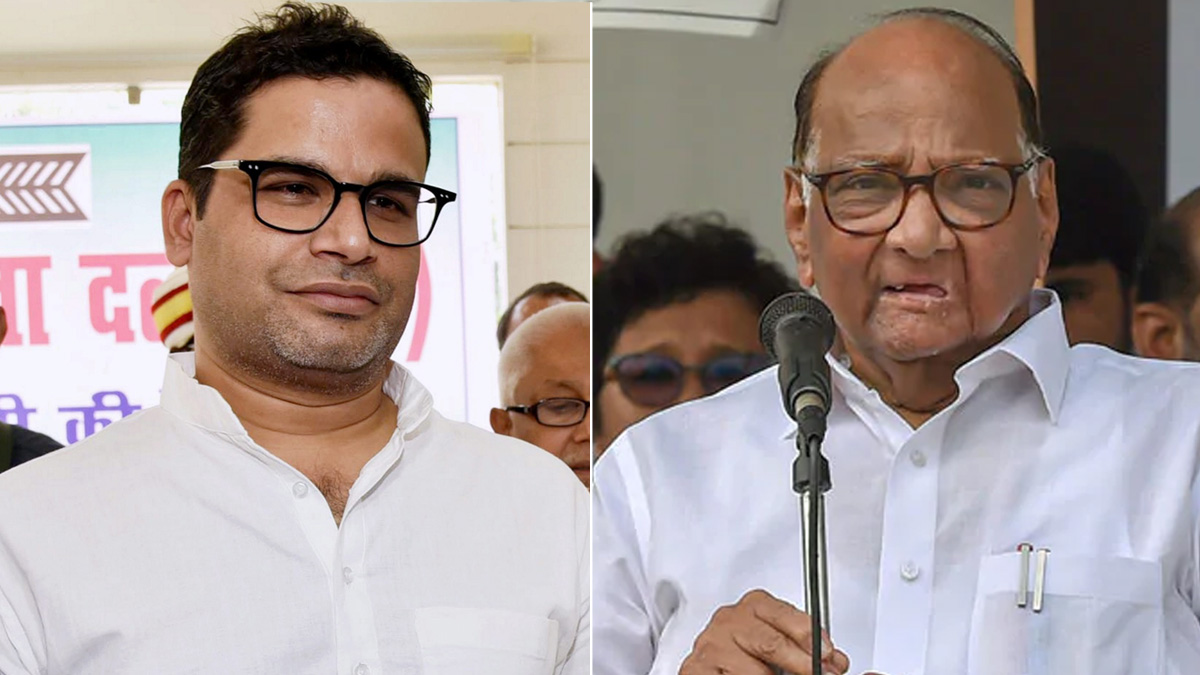 The Kishor-Pawar meeting is coincidentally taking place at a time when top Shiv Sena leaders have gone on record stating that their relationship with PM Narendra Modi was not broken even though they are not politically together now.

Nationalist Congress Party (NCP) patriarch Sharad Pawar will hold a meeting of non-Congress opposition parties in Delhi on Tuesday, a day after his second meeting with poll strategist Prashant Kishor in two weeks fuelled rumours of a joint opposition attack on the BJP under ‘Mission 2024′.

The meeting of the Rashtra Manch, which was formed by turncoat Yashwant Sinha in 2018, against the policies of the Prime Minister Narendra Modi government will be held in Delhi at 4pm at Pawar’s residence. This is the first time Pawar will participate in the meeting of the outfit.

Kishor and Pawar met in Delhi on Monday, days after their last meeting at the NCP leader’s Mumbai home on June 11.

Yashwant Sinha is also considered close to Kishor, who scripted the Trinamool Congress’ win in West Bengal. Moreover, TMC chief Mamata Banerjee’s approval of the manch is public knowledge. To add to this, erstwhile TMC leader Dinesh Trivedi has been a participant of the manch’s earlier meetings.

The election victory in Bengal has come as a shot in the arm for the opposition, giving it confidence to take on the BJP behemoth. Several parties have reportedly indicated their willingness to join an alliance minus the BJP or the Congress, say sources.

Soon after her victory in the West Bengal polls, Banerjee was asked whether she saw herself as the opposition prime ministerial candidate. “I think all together, we can fight the battle for 2024. But let’s fight Covid first,” she had said.

Both Banerjee and Pawar share a close rapport and have spoken vociferously for a joint opposition front against the BJP, which is not under the leadership of Congress’ Rahul Gandhi.

In Maharashtra, where rumours are doing the rounds of the Shiv Sena warming up to the BJP, Sena leader Sanjay Raut had talked about the need for an alliance of opposition parties at the national level. Raut had said that he had spoken to Pawar about the issue.

The Kishor-Pawar meeting is coincidentally taking place at a time when top Shiv Sena leaders have gone on record stating that their relationship with PM Narendra Modi was not broken even though they are not politically together now.

The political atmosphere in Maharashtra too is volatile at this point, where Shiv Sena has been keen to show that BJP’s doors aren’t closed for it. Sharad Pawar had, in a rare public speech, reminded the Sena of its reliability and trustworthiness. “Once Sena gives its word, it lives by it. On 1977, Sena had stood strongly behind Indira Gandhi after Balasaheb Thackeray had given his word. This government will complete its term of 5 years, and will work for vidhan sabha and lok sabha thereafter,” he had said. A few days ago, Devendra Fadnavis had held a closed door meeting with Pawar.