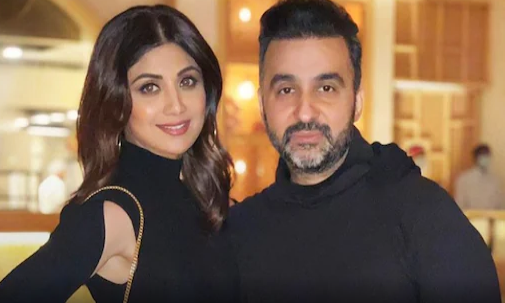 Here’s a timeline of Shilpa Shetty Kundra and Raj Kundra’s relationship that will make you believe that true love exists.

When it comes to creating a successful relationship, there’s no magic formula. Some of the most long-standing Bollywood couples, like Shilpa Shetty Kundra and Raj Kundra, tied the knot after less than two years of dating. Even though their journey has been nothing less than a Bollywood film, filled with controversies and speculations, the two are going stronger than ever. The couple has two children together- Vivaan and Samisha. Here’s a timeline of their relationship that will make you believe that true love exists:

Shilpa Shetty had met Raj Kundra in London through a common friend to discuss a business deal. This was around the time of her win at ‘Big Brother’ in 2007, which made her an internationally recognised face. “I was swooned by his smile, charm, and persona,” Shilpa had said in an interview. After meeting Raj, Shilpa had discussed him with her friend and was “disappointed” to know that he was married. “But, at that time, we did not know that Raj was going through a divorce. Four months later, Raj had once offered me to stay at his batch pad, since I was travelling to London frequently. I was surprised to know about his bachelor pad, and later he revealed that he was going through a divorce,” Shilpa had said on Pinkvilla’s talk show, No More Secrets. Raj was earlier married to Kavita, the daughter of a British-Indian businessman. They have a daughter together named, Deleena.

In a 2007 interview with an international publication Daily Mail, Shilpa Shetty had admitted to dating someone. She, however, didn’t mention Raj’s name but her frequent appearances with the London-based businessman kind of made it obvious. “I am dating somebody. I hope he will be the one, but I don’t want to say too much because it is still very early on in our relationship. He respects and understands what I do, and it is nice to be cared for. I have been very lonely for a very long time, and it is nice to know I have somebody to look forward to seeing at the end of the day,” she had said. When Shilpa visited the sets of Indian Idol 12, the actress confirmed that she was dating Raj during the shoot of her film Life In A Metro (2007).

Raj Kundra had proposed to Shilpa Shetty in Paris. Talking to Shibani Dandekar on The Love Laugh Live Show, Shilpa talked about how Raj took her completely by surprise with the proposal. “I was in Paris for the Karl Lagerfeld show. Raj flew down and proposed to me. He had booked out the whole banqueting hall at the Grand.” Raj planned a fancy meal for Shilpa and proposed with a diamond ring during the last course – dessert. “It was a five-carat diamond ring and I might sound really materialistic but I was like, ‘It’s just five carats.’ I took a while to say yes because I was like, ‘This is not what I imagined.’ No, no, I am just joking. Because I took two seconds more, he was like, ‘The wedding ring will be bigger.’ So I said yes there and then.”

Raj and Shilpa’s romance was not a smooth affair, with Kundra’s former wife Kavita publicly accusing the actress of being a home-wrecker. But after much speculation, the couple finally got engaged on October 24, 2009, in a private ceremony. Kavita had alleged that it was because of Shilpa that Raj left her and their newborn daughter. Shilpa and Raj both refuted the allegations and said that Kavita and Raj’s marriage was over long before they met.

Shilpa Shetty tied the knot with Raj Kundra in a lavish ceremony in Khandala on November 22, 2009. The actress wed in a traditional Mangalorean ceremony at businesswoman Kiran Bawa’s villa in Khandala in the presence of close friends and family.

Shilpa Shetty and Raj Kundra welcomed their first child together, a baby boy. The actress gave birth to their son at Hinduja Healthcare Surgical Hospital in suburban Khar on May 21, 2012.

The couple was blessed with their second child, a daughter, through surrogacy in February 2020. They named her Samisha Shetty Kundra. In an interview, Shipa had spoken of her health issues and why she decided to opt for surrogacy. Opening about surrogacy, Shilpa revealed that she had suffered multiple miscarriages. “After Viaan, I did want to have another child for the longest time. But I suffered from an autoimmune disease called APLA and that came into play every time I get pregnant. So I had a couple of miscarriages so it was a genuine issue.”