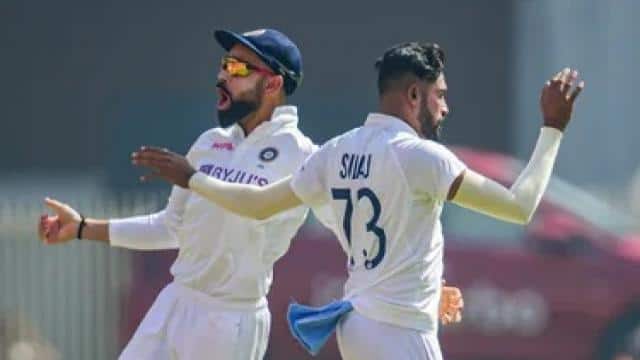 The Royal Challengers Bangalore (RCB) said that Virat Kohli and pacer Mohammed Siraj will leave England on Saturday in a special charter flight arranged by the franchise for the second part of the Indian Premier League (IPL), starting from September 19.

“Keeping the safety and security of our players as the utmost priority, Royal Challengers Bangalore have arranged a special charter flight for captain Virat Kohli and Mohammed Siraj to ensure their safe transit to the UAE,” RCB said in a statement.

Both Virat and Siraj will reach UAE on Sunday morning and will undergo a six-day quarantine in Dubai, before joining the team.

“The players will be flying out at 11.30 PM (UK time) on Saturday and will arrive in Dubai early Sunday morning.

“Both, Virat and Siraj will undergo 6-day quarantine in Dubai before joining the team bio-secure bubble.”

Virat Kohli-led RCB is set to play their first match of the second leg against Kolkata Knight Riders on September 20.

RCB are currently placed at No 3 position on the points table with five wins and two losses in seven matches. They are one of the firm favourites to secure their place in the play-offs.

With India leading the series 2-1, the test at Old Trafford was cancelled barely two hours before its scheduled start on Friday after the tourists failed to field a side following a Covid-19 case in their camp.

The Indian board said the well-being of the players was of “paramount importance” and that the match would be rescheduled at a later date without elaborating when that could be.

With the IPL beginning on September 19 in Dubai, there was no real prospect of the Manchester test being pushed back on this tour.

India will return to England in July to play three Twenty20 matches and an equal number of one-day internationals.