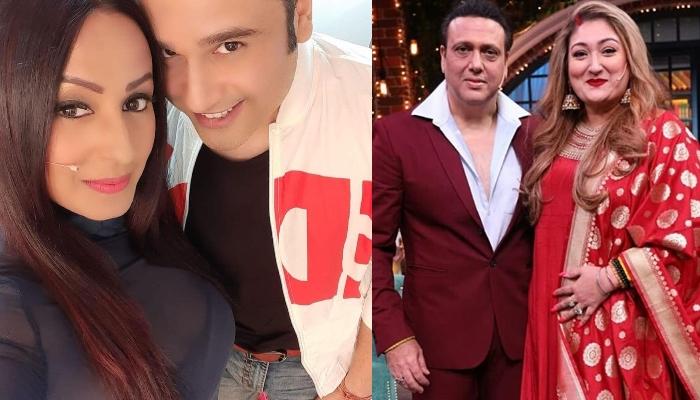 Kashmera Shah has said that she does not consider Govinda and Sunita Ahuja their family.

With the return of Govinda and wife Sunita Ahuja to The Kapil Sharma Show, things have riled up in the family. Ahead of the TKSS shoot with Govinda and Sunita as guests, Krushna dropped out and said that its for the better as both the parties would not like to share the stage. Later, things escalated when Sunita hit back at Krushna and did not seem interested in any sort of reconciliation.

Talking about Sunita’s recent statement, Kashmera said that she is already getting trolled by fans for saying that Krushna has no talent. On this matter, Kashmera said, “Aisa wahi bolte hai jinhe talent ki samajh nahi hoti, aur khud bhi talented nahi hote hai (people who have no talent or don’t understand it say such things).” She also pointed out that Govinda and Sunita had not even visited them when they welcomed their sons and said that she doesn’t even consider them family.