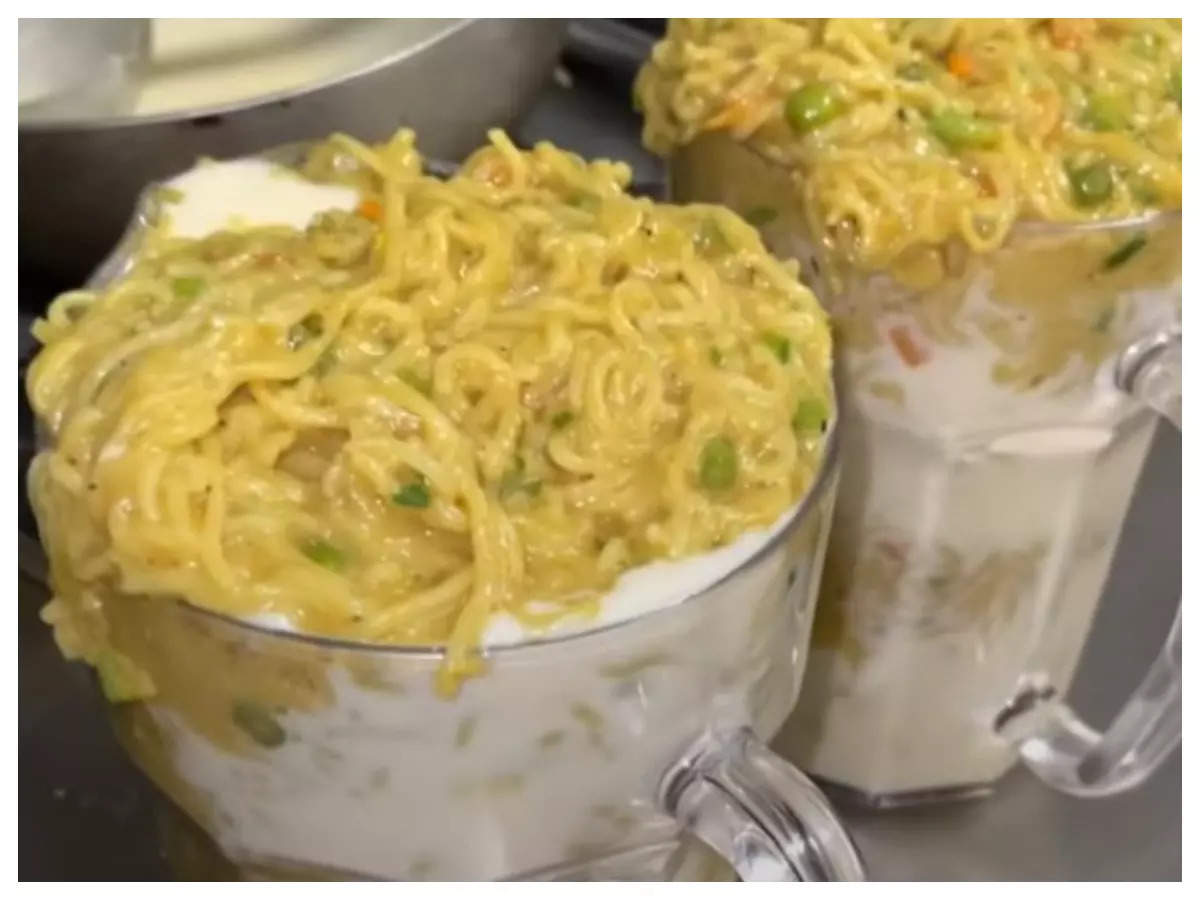 A picture has gone viral on social media in which a milkshake glass filled to the brim with the beloved maggi noodles is being sold at a shop somewhere. Netizens are downright displeased and disgusted with the weird concoction.

The beloved Maggi noodles have been a saviour for midnight hunger pangs or the countless times when Ghar ka Khaana was not appealing enough. While some like it soupy, others like it with loads of vegetables or toppings. Everyone has their own version of making the popular noodles and it is safe to say that the dish is loved by a majority of janta. So, how would you react if your favourite Maggi noodles were served in a glass mixed with a milkshake?

A picture has been doing the rounds of the internet in which a milkshake glass is filled to the brim with Maggi noodles. The photo is not for the faint-hearted, because social media is surely disgusted with the displeasing and weird concoction. While the noodles have had their share of absurd combinations with an Oreo and chocolate syrup maggi going viral in June, this monstrosity was reminiscent of that as well.

The picture is from a shop somewhere and social media is on the hunt for the person who created the disaster. Netizens expressed their disgust and anger towards the unappetizing dish and even posted pictures of other equally weird food combos.

“Kya yaar, aisa kyu karte hai log (Why do people do this?),” a user said. Another user commented, “How do I unsee this?”

Would you try this?