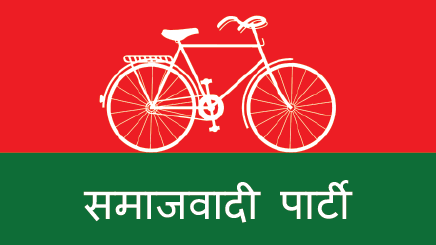 The SP had started its Brahmin outreach programme from Ballia on August 23 from the village of former Union minister Janeshwar Mishra.

The Samajwadi Party has announced a special Dalit outreach programme from Sunday across villages in Uttar Pradesh as it widens its campaign for next year’s assembly polls. The party’s Brahmin outreach programme with “prabudh varg sammelans” and “Shiv sewak sammelan” are already underway.

Now, the Samajwadi Lohia Vahini will start organising “gaon-gaon Dalit samwad (Dalit discourse across villages)” from September 19, according to a statement issued by the SP headquarters on Friday. “The Samajwadi Lohia Vahini is starting this programme to expose the BJP government’s anti-people, anti-farmer, anti-Dalit, anti-backward, anti-reservation policies and to take the socialist ideology, actions and policies among the people,” SP spokesperson Rajendra Chaudhary said. Lohia Vahini state president Ram Karan Nirmal will take part in the programmes in Kanpur, Auraiya, Kannauj, Farrukhabad, Mainpuri, Etawah, Firozabad, Agra and Mathura, he said.

According to Chaudhary, the seven-phase programme will start from Allahabad, and its last phase will be in Lucknow on December 5. The Samajwadi Shikshak Sabha is also conducting dialogues to reach out to teachers at booth level, he said.

The SP had started its Brahmin outreach programme from Ballia on August 23 from the village of former Union minister Janeshwar Mishra. Its Shiv Sevak Sammelan also started from Ballia to attract Goswamis, a sub-caste among Brahmins. The ruling BJP is also holding a series of conferences for intellectuals. The Bahujan Samaj Party was the first to start the trend, kicking off its ‘prabudh varg sammelans’ from Ayodhya on July 23 which ended in Lucknow on September 7.