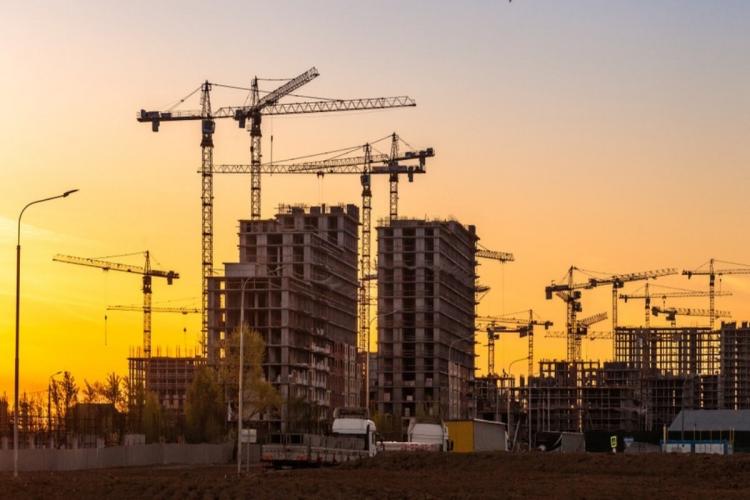 The real estate sector is poised for an action-packed festive season as builders, facing the heat from lenders and courts, are offering heavy discounts and freebies to boost sales, while interest rates on home loan rates have fallen to a record low, giving buyers a rare opportunity for bargains,

Developers have launched new campaigns for old projects and promised steep discounts in a flurry of advertisements just before the Pitrupaksh or Shradh period, when most people abstain from closing deals.

Some people do the groundwork during the period and sign on the dotted line during the auspicious period of Navratras that follows. Developers utilize it as a warm-up phase to plan their marketing blitzkrieg.

Builders are focusing on disposing unsold inventory with discounts, unlike last year when Maharashtra and Karnataka cut the stamp duty on transactions.

Lenders have also pitched in. Housing Development Finance Corporation (HDFC) on September 21 said it would offer home loans at 6.7 percent as part of a festive offer, joining a bunch of mortgage lenders that have cut interest rates to perk up demand. These include State Bank of India (SBI), Bank of Baroda, Kotak Mahindra, and PNB.

While the MMR market is getting ready for a slew of new launches this festive season, developers in Delhi-NCR are offering freebies such as no pre-EMIs for properties under construction, waiver of floor rise and car parking charges, and free furnishings.

“However, the projected new launches will come up only if there is no third wave in the country and the current momentum of the vaccination drive continues in the future as well,” says Anuj Puri, chairman, Anarock Group.

“Currently, there are festive bonanzas for homebuyers, given that offers are raining from developers in the form of straight-up price discounts, deferred payment plans and other incentives. Coupled now with a further reduction in home loan rates to an eye-popping 6.7 percent, homebuyers have never had it so good. With such incentives offered and that majority of the prospective homebuyers want to execute their home purchases within the next three months as per recent surveys undertaken by JLL, the stars are aligned for a good festive season which augurs well for the residential sector on the whole,” said Samantak Das, Chief Economist and Head Research & REIS, India, JLL.

“Affordable synergies have aligned well in this festive season and with homeownership high on the agenda for people across age and income groups, the market is primed for a likely 30-35 percent sales uptick in H2 of 2021 compared to H1,” he said.

Some resort to project rebranding to dispose of unsold inventory

Pankaj Kapoor. Founder and MD of Liases Foras Real Estate Rating and Research Pvt Ltd said that following the pandemic, builders had reduced construction in the last one year.

“They are under tremendous stress and compelled to offer discounts to let go of their unsold inventory. The higher the pain, the more will be the discounts and greater will be the sales. A few builders are launching new projects as they acquired land at a higher price and have to monetise it,” he told Moneycontrol.

This festive season new launches are likely to trickle in, but not at the pre-pandemic level, and builders would focus on disposing of inventory and probably rebranding existing housing projects, he said.

“As for the buyers, there is a sense of not wanting to miss out on the opportunity of buying property when offers are available which is being called the FOMO effect (fear of missing out). There is an undercurrent of this trend both in the primary and secondary segments. Having said that, the sales this festive season may not be as high as last year since the lockdown during the first wave was more stringent. Besides, construction activity did not come to halt after the second wave,” he explains.

This weekend Supertech Group advertised massive discounts for its Spira project located in Sector 94. The ad promises fully furnished apartments for Rs 3.82 crore which was earlier priced at Rs 5.53 crore.

Local brokers said units in this project were earlier offered at Rs 17,000 per sq ft with an additional discount of 25%. The same units are now being offered for around Rs 12,000 per sq ft. Supertech did not respond to queries by Moneycontrol.

Many builders with high inventory are repackaging their housing product and marketing it under a new campaign. In one rebranding campaign launched in Mumbai, a developer has not mentioned the name of the company at all and the entire marketing exercise is concentrated on the relaunched tower.

After the announcement of the stamp duty cut by the Maharashtra government soon after the first wave of COVID-19, real estate developers witnessed stupendous sales last Diwali.

“This year new launches are expected to be the flavour of the season. Prestige Estates Projects is launching two projects in Mumbai’s Byculla and Mulund and. Bengaluru-based developer Puravankara is launching two and Oberoi is also expected to launch a project in Thane. Sunteck Realty has also plans to launch projects in Oshiwara District Centre and in Naigaon,” says Ritesh Mehta, senior director at real estate consultancy firm JLL India.

“Several standalone projects are also expected to get launched in MMR because developers are cashing on the government’s scheme under which if they give an upfront amount for approvals to the government, they end up getting a 50 percent concession,” he says.

Besides, unlike earlier times when homebuyers did not venture out of their homes during Shradh, the period now is utilized for site visits while the actual booking is done during Navratras or Diwali. Builders too reach out to channel partners and undertake branding activities during this period.

“The shradh period is now the warm-up phase for most developers,” he adds.

It’s not surprising then to see several developers offering sops such as 30:40:30 payment plans and freebies such as SUV cars to the lucky winner and free wardrobes with every purchase.

A developer specializing in uber luxury projects recently launched a new campaign for its project located in Gurgaon. The ‘4 Aces and a Trump’ campaign offers ‘2X your booking amount,’ 14 nights at any Trump Hotel globally and benefits worth Rs 1 crore. Some freebies include an enthralling flying experience in an MIG-29 Fulcrum at edge of space, Russia, a drive in a Lamborghini on ice and a stay at Trump Golf Resort.

For its projects in Noida and Yamuna Expressway Gaur World SmartStreet (Greater Noida West) is offering retail shops starting from Rs 24.95 lakh, 12% assured return, an assured gift, a 30:40:30 payment plan, and an SUV car to the lucky winner.

For its Gaur City Centre (Greater Noida West) ready-to-move-in shops, the company is offering 7 percent assured return on investment starting from Rs 13.5 lakh for office spaces, and Rs 21.5 lakh for retail shops. For its projects located in Aerocity Yamuna commercial plots, which is close to upcoming Noida International Airport and Film City, the firm is offering 12 percent return on investment and a car on every booking.“Home loan affordability remains strong given the RBI’s decision to keep key lending rates at record-low levels. The country’s real estate market will benefit from the favourable effects of the world’s largest immunisation programmes. The sector has high expectations from the festival season,” says Manoj Gaur, CMD, Gaurs Group.