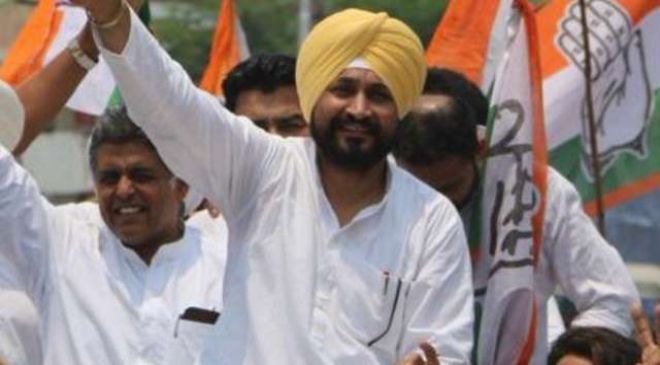 Punjab Chief Minister Charanjit Singh Channi was seen dancing at an event in Kapurthula. The newly-inducted CM broke into traditional Punjabi dance ‘Bhangra’ in a video.

Local media reported that he was dancing with students of Punjab Technical University, Jalandhar at the song ‘Nachde Punjabi’.

Channi, clad in a yellow turban in the video, was seen smiling, surrounded by other dances on stage and breaking into Bhangra moves.

Channi on Monday had taken oath as the new Chief Minister of Punjab after his predecessor Captain Amarinder Singh resigned from the top post after months of infighting within the Punjab Congress.

Close to Navjot Singh Sidhu, the Captain’s nemesis, Channi on Wednesday defended himself after a controversy broke out on him using a chartered flight to travel to Delhi after the Opposition raised questions on it.

To a question on his visit to the national capital on a chartered flight on Tuesday, Channi had asked reporters, “What is the problem if the son of a poor man boarded a jet?” However, he refused to reply to a question on whether the government will foot the bill.

Channi had been in Jalandhar where he was asked about his visit to Delhi by reporters.

The chief minister, along with his deputies Sukhjinder Singh Randhawa, OP Soni and Punjab Congress chief Navjot Singh Sidhu, went to Delhi on a chartered flight on Tuesday to discuss the expansion of the new Punjab cabinet with the party’s central leadership.