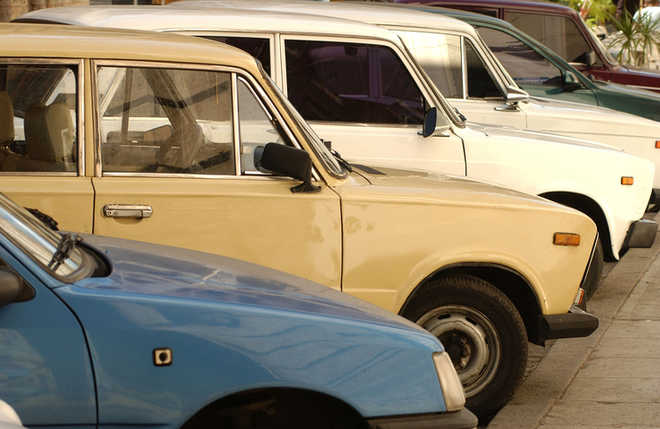 On Wednesday, the traffic police confiscated a ten-year-old Swift car while it was operating on road

In the compliance of the orders of Supreme Court and NGT about the closure of 10-year-old diesel and 15-year-old petrol vehicles, Gurugram police started the special impound operations again on Wednesday.

On Wednesday, the traffic police confiscated a ten-year-old Swift car while it was operating on road.

The vehicles shall be impounded and deposited at special yard located near Rajiv Chowk.

Surprisingly the Gurugram traffic police does not have the data of how many ten and 15-year-old vehicles are in the district. In this situation the traffic police has sought list of these vehicles from RTA.

DCP Traffic Ravindra Tomar has given strict instructions to all 100 traffic zonal officers (ZOs) today that they should pay special attention to vehicles that are ten and 15-years-old.

He said that all vehicles whether registered with Gurugram authority or registered from other states will be confiscated. Such vehicles are not allowed to ply in Gurugram.

“Gurugram police seized 208 vehicles from January 2021 to September 22, 2021. After seizing all the vehicles, a yard has been built near Rajiv Chowk where the vehicles are parked. From 2018 till now, Gurugram traffic police has seized 640 such vehicles in the district. A letter has been written to RTA to know numbers of such vehicles. Now the police stop the vehicles and check their RC and then take action,” added DCP Tomar.

Meanwhile, DC Dr Yash Garg has also written a letter in all the offices of the district giving instructions not to drive vehicles that are ten and 15-years-old. Following the direction all the departments have started collecting the information of vehicles.