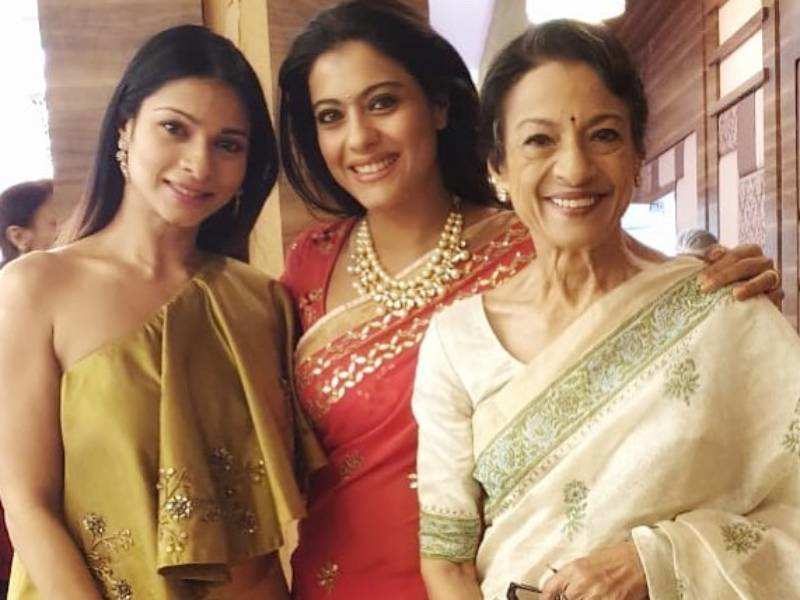 As veteran actress Tanuja shares an adorable bond with her daughters – Kajol and Tanishaa Mukerji. The trio often gives some major mother-daughter goals

A famous name among Bollywood, Tanuja started her journey as a child actor and has worked in movies like Haathi Mere Saathi, Anubhav, Baharen Phir Bhi Aayengi, Jewel Thief. She is also an established name in Bengali cinema. (Image: Instagram)

Unfortunately, their marriage did not last. When Kajol was just 4, the duo decided to separate. Shomu passed away in 2008 after suffering a heart attack. (Image: Instagram)

They cherish every moment together, from birthdays to festivals. (Image: Instagram)

Kajol had been proud of the fact and has stated it very clearly that her ‘mother’s upbringing’ is the best thing she has got. (Image: Instagram)

Son-in-law Ajay Devgn has also praised the former actress for the upbringing she has imparted on her daughters. (Image: Instagram)

The veteran actress is also extremely close to her grandchildren, Nysa and Yug. (Image: Instagram)

The 77-year-old former actress never misses a light moment with her closed ones. She is aunt to some of the famous celebrities, including Rani Mukerji, Ayan Mukerji and Mohnish Bahl. (Image: Instagram)