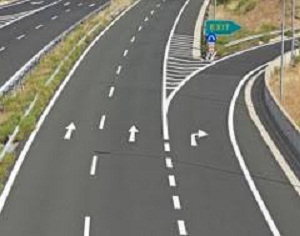 GURUGRAM: The National Highways Authority of India (NHAI) has set June 2022 as the revised deadline for the Sohna elevated road project. Earlier this week, Union minister Nitin Gadkari had announced that the project was likely to be completed by March next year. Earlier, the deadline was July this year.

NHAI officials, however, said the project — especially the stretch between Subhash Chowk and Badshapur — will take another eight to nine months to get completed. The highways authority said it has prepared a revised action plan after reviewing the work status and the on-ground situation of the 22km-long road.

The Badshapur to Sohna stretch, however, may be ready earlier as 85% of work on that stretch has been completed. “We have reviewed the status of the project. While the progress on the stretch between Badshapur to Sohna is satisfactory with nearly 85% of work completed, the pace of construction on the stretch between Subhash Chowk and Badshapur has been very tardy and only 50%-60% of it has been completed so far,” said a senior NHAI official.

“We have chalked out a plan to expedite work. Certain work, especially that being carried out within barricaded areas, can be conducted both day and night to cover up for time lost in the past few months due to the pandemic and labor crunch,” the official added.

With an overall project cost of Rs 1,300 crore, two different agencies were awarded contracts to finish the ambitious high-speed corridor. NHAI is constructing several flyovers and underpasses along the stretch to provide signal-free passage to commuters. It will not only decongest Vatika Chowk, but also reduce the travel time between Gurugram and Alwar.

Construction began in 2018 and NHAI was expected to finish all work within 25 months.

“Every time the project picked up pace, there were roadblocks. In 2019, the prolonged ban on construction activities cost us over two months. The first half of 2020 saw no work due to the lockdown, while in the second half we kept waiting for NHAI’s investigation into the unfortunate collapse of a section of the road. If all goes well and we face no other hindrances, we shall be able to meet the deadline,” said an official of Oriental Engineering, the contractor constructing the stretch between Subhash Chowk and Badshapur.