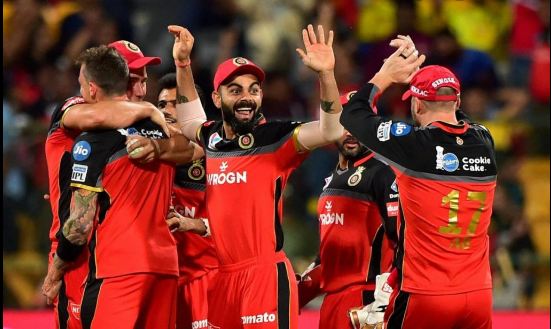 RCB skipper Virat Kohli was full of praise for his team after their 54-run win over Mumbai Indians in the Indian Premier League.

Virat Kohli was happy with Royal Challengers Bangalore‘s performance, terming it ‘perfect’, as they got a 54-run win over Mumbai Indians in the Indian Premier League (IPL) on Sunday.

With the win, RCB jumped to third on the tally with 12 points from 10 matches as MI slipped down to seventh with eight points.

A hat-trick from Harshal Patel, all-round show from Glenn Maxwell and Kohli himself became the first Indian to cross 10,000 runs in T20 cricket. Maxwell followed up his 56 with the bat by picking up two important wickets.

“Very happy, especially the way we won. It was a difficult start when we lost Devdutt. He came in the second over to try and get me out… KS came out and played some amazing shots. He took the pressure off me. Maxi’s innings was unbelievable,” Kohli said at the post-match presentation.

“Tonight I don’t think there’s no complaints whatsoever, I will give it a 10 especially on the field. Maybe in batting, I will give it 8, we should’ve got 20-25 more – really put the opposition under pressure and not allow them to come back after a breakthrough.”

Kohli was also full of praise for hat-trick hero Harshal Patel, who dismissed MI’s Hardik Pandya, Kieron Pollard and Rahul Chahar in successive deliveries. He become the third RCB bowler to take an IPL hat-trick after Praveen Kumar (vs Rajasthan Royals in 2010) and Samuel Badree (vs Mumbai Indians in 2017).

“I had a chat with AB and Maxi, they told me to go with my gut feel. My gut feel said DC [Christian] is an experienced campaigner, he still has got a slower bouncer in there which could be a wicket-taking option. Chahal was bowling really well but I felt there wasn’t enough in the pitch to stop them at that stage. They definitely would’ve gone after Chahal [talking about Hardik and Pollard]. I went with DC – he bowled an amazing over, completely shut the game down and what Harshal did from the other end was unbelievable.,” Kohli said.