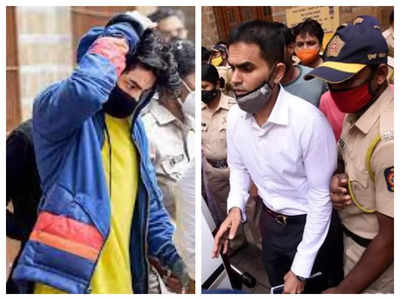 Sameer Wankhede, the Zonal Director of the Narcotics Control Bureau (NCB) has reacted to reports about the ‘credibility’ of the central agency amidst the ongoing drug case involving Shah Rukh Khan’s son, Aryan Khan.

On Wednesday, the Nationalist Congress Party (NCP) alleged that the NCB’s raid on a cruise ship off the Mumbai coast on October 2 was “fake”, and no narcotic drugs were found during it. The party also questioned the presence of two persons along with the NCB team during the raid and alleged that one of them was a BJP member.

Reacting to the allegations, Wankhede mentioned that the NCB had already issued a press statement and went on to add, “We are a highly competent and professional agency. For us, the prime importance is the NDPS act irrespective of the person or his standing.”

The NCB said in a statement that two persons – Manish Bhanushali and Kiran Gosavi – were among more than half a dozen of its ‘independent witnesses’ during the October 2 rave party raid, and hit back at the political party for levelling allegations against the agency.

Scoffing at the charges levelled by NCP national spokesperson and state minister Nawab Malik, NCB Deputy Director-General Gyaneshwar Singh termed them as “baseless, with malice to malign the agency’s image and in retaliation against an earlier action of the NCB”.

When asked to clarify reports about ‘no drugs’ being found on Aryan in the cruise ship raid, he said, “Our prime objective is to eradicate the issue. Apart from dismantling (drug supply chain), rehabilitation is also another issue we are facing. Our objective is to make Maharashtra and Goa completely drug-free. Whenever we get any input, we act on it irrespective of any name or person.”

The NCB chief also shed light on all the work that his team has done over the past year. “It is our duty to eradicate this drug menace. If you talk about statistics, in the last year, the NCB in India has performed wonderfully. We have booked over 106 cases, more than 300 arrests including hard-core drug suppliers and peddlers, we have dismantled 2 factories including the one in Dongari. We also seized a lot of financial and other properties of drug peddlers. We also busted 12 organised syndicates. Whoever is violating the NDPC act and drug supplier chain, we are trying to dismantle,” he said.

In the latest on the Aryan Khan case, the star kid’s legal team is expected to apply for bail as the NCB’s custody comes to an end today.