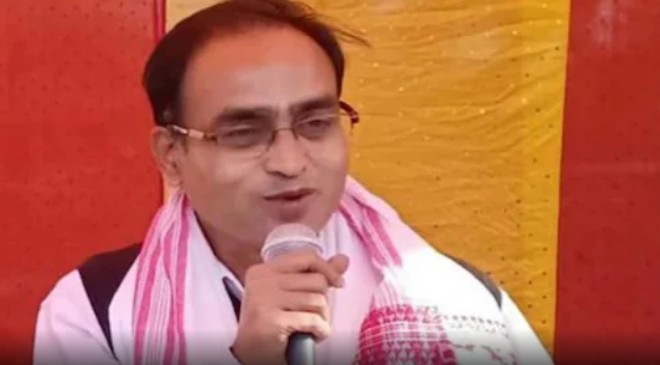 A special court in Assam on Friday remanded Congress MLA Sherman Ali Ahmed to five days’ police custody in a case of misappropriation of government funds to the tune of over Rs 25 lakh. Ahmed is currently in judicial custody in a sedition case over his “provocative” remarks in reference to last month’s eviction drive in Darrang district. The Chief Minister’s Special Vigilance Cell (CMSVC) arrested the Baghbar legislator in the misappropriation of the MLA Local Area Development (MLALAD) fund on Wednesday. It was found during an enquiry that of the Rs 65 lakh sanctioned, “an amount of Rs 25,08,323 government fund was misappropriated in connivance and collusion of the officials and staff of Mandia Development Block without execution of works of 14 numbers of roads under MLALAD scheme under Baghbar assembly constituency,” the CMSVC said in a statement. A case was registered in this regard on June 4 and six people were arrested pm June 28, it said.

The CMSVC said investigations revealed that the Baghbar MLA criminally conspired with others in misappropriating government funds meant for developmental works in the Mandia block. “Upon finding sufficient documentary and material evidences against Sherman Ali, he was shown arrested in the in Vigilance PS case and brought to police custody for five days,” the statement said.

The state assembly authorities were informed about the arrest of the MLA, it said. Following Ahmed’s “provocative comments” in connection with the eviction drive, the Assam unit of the Congress on October 4 suspended him for repeatedly violating the party’s discipline. An eviction drive held last month at Gorukhuti in Darrang district passed off peacefully on the first day, but was conducted amid stiff resistance by locals on the second day, leaving two persons dead in police firing, including a 12-year-old boy. Over 20 people were also injured in violence. He was arrested on October 2. A court sent him to 14 days’ judicial custody on Thursday.