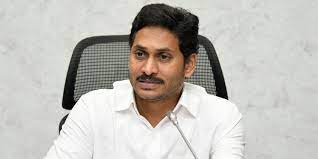 During the review meeting held at the camp office here on Monday, the chief minister also said every school should have a playground and directed the officials to map schools that do not have playgrounds.

Amaravati: In an important move in school education, Andhra Pradesh chief minister YS Jagan Mohan Reddy directed the officials of the education department to take measures to get CBSE affiliation for all state government schools and ensure all students write CBSE exams in 2024.

During the review meeting held at the camp office here on Monday, the chief minister also said every school should have a playground and directed the officials to map schools that do not have playgrounds. The officials have been told to acquire required lands and allot playgrounds to those schools.

A detailed review of prevailing conditions in schools after the pandemic, COVID preventive measures in schools and attendance of the students was also undertaken during the meeting.

The officials informed the chief minister there is no significant impact of the COVID-19 in schools at present due to the preventive measures taken up by the government and added that all the teachers are vaccinated and are attending schools.

The attendance of students in August was 73 percent, while it was 82 percent in September and 85 percent in the first week of October.

The chief minister also inspected the quality of sports dresses, shoes, school bags and suggested some changes in them to be given to students free under ‘Jagan Anna Vidhya Kanuka’.

It was also decided during the review meeting to keep aside Rs 1 lakh for each government school for maintenance work.

A proposal would be also worked out to give rankings on the performance of schools through social audit by taking teachers into confidence.

Apart from this, mapping of teachers will be also completed soon and the policy of subject-wise teachers would be taken up to improve curriculum.