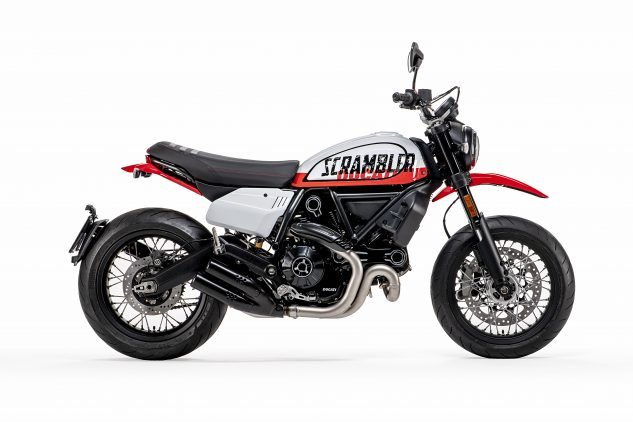 The Ducati Scrambler 1100 Tribute PRO was created to pay homage to the history of the air-cooled twin-cylinder engine, fifty years after it was first introduced on a Ducati.

The Italy based motorcycle manufacturer, Ducati, has a rich history of producing monsters for the tarmac. The company churned out some of the best motorcycle engines that the industry has ever seen. One of them was the Ducati air-cooled L-twin engine. The company recently launched the 2022 Scrambler 1100 Tribute Pro Anniversary edition to commemorate the engine’s existence in the company’s catalogue for 50-long years. In addition, the company has also released the Scrambler 800 Urban Motard that represents the company’s trajectory with time.

Colour is an important element that makes the overall appearance of a vehicle. To do justice to the vintage look imagined for the 50th-anniversary edition, the company has painted the bike in the same tint as the 1970 Ducati 750 Sport. The fuel tank even has the name of the bike written in the same style as the 70s Ducati 750 Sport, designed by Giugiaro, reports Autocar.

The colour palette for the Scrambler 1100 Tribute Pro incorporates Giallo Ocra yellow, complemented by shades of black and brown on the powertrain and the seat. For the Scrambler 800 Urban Motard, the bike is covered in a glamorous trio of red, black, and white.

Both the machines come equipped with a 6-speed gearbox that promises a smooth shift depending on the terrain it is riding on. The 1100 Tribute Pro absorbs all the disturbances on the Tarmac with the help of a Kayaba-sourced rear mono-shock, while the 800-cc sibling hones the 41mm Kayaba upside-down forks at the front.