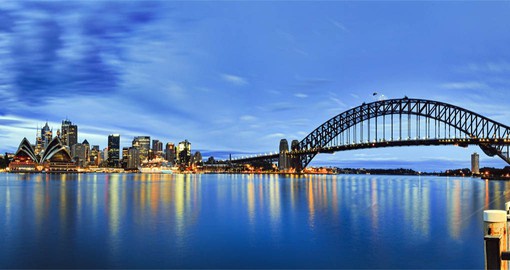 In big breaking news, Australia has announced to lift its international travel ban from its fully vaccinated citizens and permanent residents from November 1. Now, the citizens would be able to travel internationally without requiring any special exemption or permission. The decision comes after Australia eases COVID-19 restrictions amid a spike in vaccination numbers.

The big decision comes after Singapore on Tuesday said it would allow fully-vaccinated travellers from Australia a quarantine-free entry from November 8. It’s been nearly 18 months that the Australians were not able to leave the country and travel abroad without a government waiver. On the other hand, thousands of fully-vaccinated residents had to live abroad because they were not allowed to return due to COVID-19.

Karen Andrews, Home Affairs minister, said, “Before the end of the year, we anticipate welcoming fully vaccinated skilled workers and international students”. She also said that for some non-citizens, travel restrictions would be eased as vaccination rates increased.

Prime Minister Scott Morrison told the local press, “The national plan is working … (it) is about opening Australia up and that is because the vaccination rates are climbing so high.”

During the outbreak, Australia was at a better place as compared to several other nations. Last year on March 20, Australia became one of those countries to levy some of the toughest border restrictions in the world. All the flights in the country were grounded and all the attractions were shut down.

Given its strict restrictions, the country till now has reported only 164000 COVID-19 positive cases and 1669 deaths.