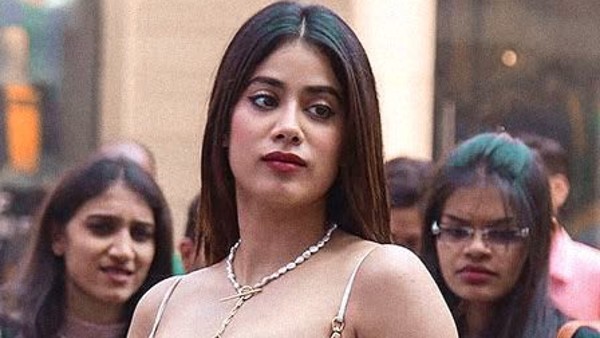 One thing that excites movie buffs as strongly as movies is updates around a celebrity’s love life. So when Kartik Aaryan and Janhvi Kapoor were locked for Dostana 2, fans just couldn’t keep calm. The two stars were rumoured to be dating back then and what can get better than a chance to witness a celeb couple’s chemistry on the big screen? The film however got derailed due to various differences that cropped up at the nascent stage of the project, derailing the film. Then followed the lockdown, which further made any update on the film impossible. Both Kartik and Janhvi have moved on to their other respective, interesting projects. However, Janhvi recently opened up about what she went through with Dostana 2 didn’t come through.

Talking to Film Companion, Janhvi said, “It’s heartbreaking”. The actress spoke about how whenever she signs on a project, she starts fantasizing and visualising and all of these aspects of the project. The same thing happened with her in case of Dostana 2 with Kartik Aaryan as well. The Roohi star claimed that when she is excited for a project, in her head she already started shooting for the film. And it is like a heartbreak when a project that one is looking forward to, doesn’t happen for whatever reason. “Actually even with Dostana 2, I was on the film set also,” she said, further revealing that she has realised that until the film is nearing release, one should not believe that it has happened.

Well, Dostana 2 couldn’t happen. But this is Bollywood and we have seen foes turn friends and couples work together even after a breakup. And here in this case, there was not even any confirmation about the two being a couple. We can only hope that whatever differences did crop up between the two get resolved and we get to see the powerful performer Kartik Aaryan and the gorgeous and talented Janhvi Kapoor team up for a film. They will make a good pair, nai?

Meanwhile, Kartik is gearing up for the release of his first digital film Dhamaka and the trailer has been lapped up by fans.