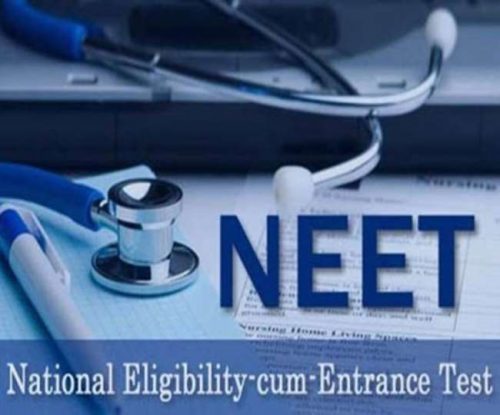 NEET re-exam plea is scheduled to be heard at 2 PM today. NTA claims that if the exam is held again then it would delay the admission process.

After a series of controversies, the National Testing Agency (NTA) will be announcing the NEET 2021 results soon. The Supreme Court has given its nod to NTA and overrules the Bombay High court order which had asked the NTA to hold fresh exams. The agency has pleaded that it has already assessed students and the result has been prepared. Now, the medical aspirants can expect the results to be out soon.

Students had claimed that their answer sheets and question paper codes were different. The Bombay HC had held that the petitioners “shall not suffer because of the mistake on the part of respondents.” It directed the NTA to hold a “fresh examination for the two petitioners for the academic year 2021-22,” and to declare their results within two weeks.

Now, the SC said, “We will decide what happens to the two students upon reopening (after Diwali vacation).” While this controversy has been put to rest, there are many controversies surrounding NEET 2021.

Question paper leak: Before the exam was held social media was abuzz with NEET paper leak news. NTA had denied any breach into its security systems and had said, “It’s fake. Students are advised not to believe such news.” Students had demanded CBI inquiry into the matter and postponement of the exam, however, the exam was held as per schedule.

OMR sheet manipulated: There is another case in Kerala High Court in which petitioners claim that their OMR sheets were manipulated. The court has asked NTA to investigate the matter.

Impersonator Scam: This year, an impersonator scam was also busted by CBI. A Maharashtra-based coaching institute is under scanner for appointing experts and medical students to take exams on behalf of NEET aspirants. As per the investigating agency, students were asked to pay Rs 50 lakh and were promised a seat in a reputed medical college.

Usernames and passwords of students were obtained and changes were made in their admit cards, photographs were morphed, copies of e-Aadhar were made to ensure entry of proxy candidates into exam centres.

Question paper on Whatsapp: During the exam, the NEET 2021 question paper of the exam was found floating on social media around half an hour after the exam began. The police arrested 18-year-old candidate Dineshwari Kumari along with invigilator Ram Singh, in charge of the exam centre’s administration unit Mukesh, Dineshwari’s uncle and four others were also nabbed in connection with the case.