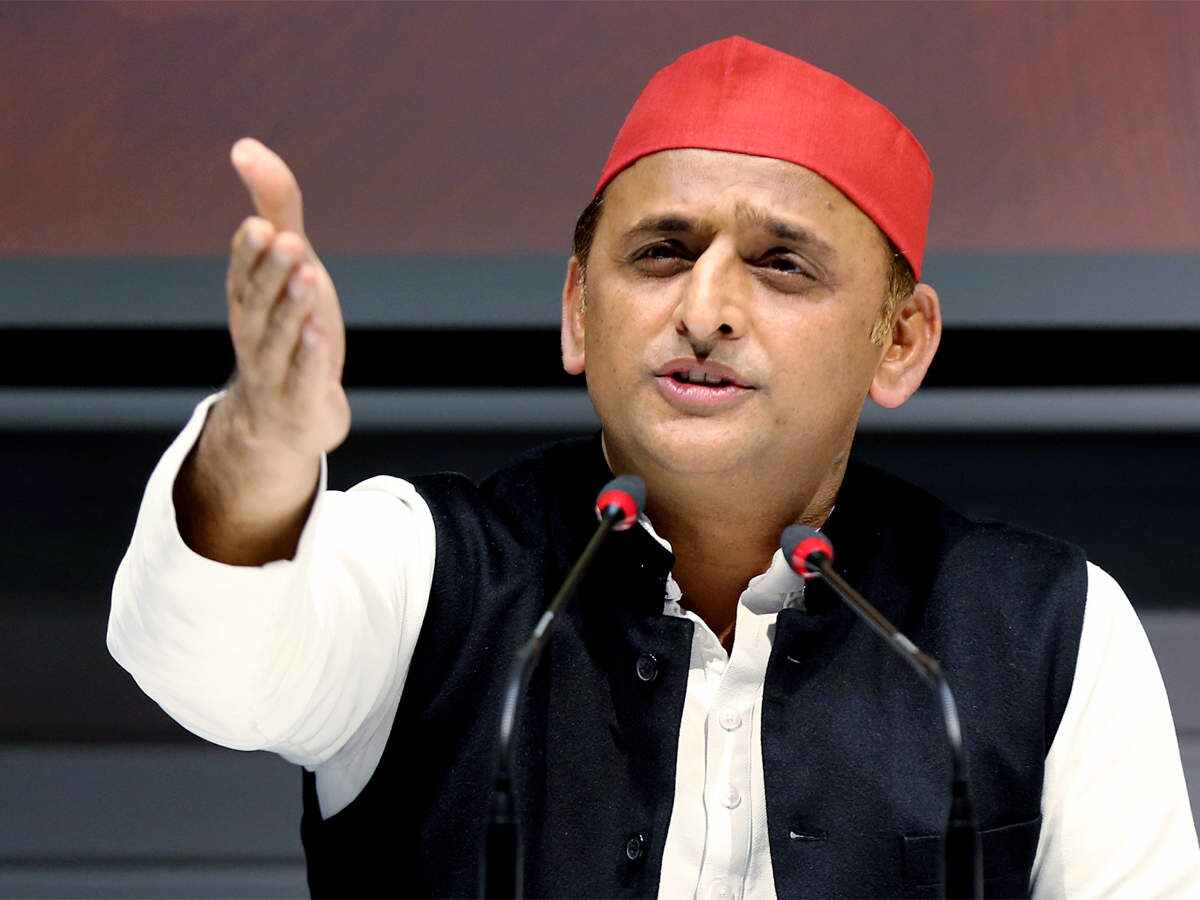 Akhilesh Yadav, while addressing rallies in Jhansi, said the youth have made up their mind to change the government this time.

Aday after the attack by Congress general secretary Priyanka Gandhi Vadra, Samajwadi Party (SP) chief Akhilesh Yadav on Friday trained guns on the Congress, saying that the party will get zero seats in the 2022 Uttar Pradesh assembly elections. Yadav was in Jhansi on Friday, the last day of his fifth leg of the ongoing Samajwadi Rath Yatra with a special focus on the Bundelkhand region.

Speaking to news agency ANI in Jhansi, the former chief minister of Uttar Pradesh said, “If Samajwadi Party can build the expressway in 22 months, why did BJP take 4.5 years to do the same work? This is because they don’t want to work for the welfare of people in UP. The public will reject Congress and they will get zero seats in the upcoming elections.”

Yadav’s remarks come a day after Priyanka Gandhi attacked the SP and BSP, alleging that both the parties didn’t raise issues related to the common people. Speaking at ‘Pratigya’ rally in Moradabad on Thursday, Priyanka had said, “Parties like SP and BSP never fight on public issues. In Uttar Pradesh, only Congress has fought the people’s issues. The hooliganism under the SP rule and the loot done under the BSP rule cannot be forgotten. If BJP does politics of religion, then they want to come to power with the help of caste politics.”

Taking a jibe at the SP’s election slogan ‘Aa rahe hai Akhilesh’ (Akhilesh is coming to power), Priyanka had said, “Where was Akhilesh when the CAA-NRC movement was going on or when the youth was shot by the police in Bijnor? Where was Akhilesh when 18,000 Congress workers were in jail, party president Ajay Lallu ji was in jail? Where were the BSP leaders when Dalits were murdered and raped in Hathras and Phaphamau, why did they not raise their voices? Because everyone thinks that their politics has nothing to do with the suffering of the people. They think that they will take votes in the name of caste and sect.”

On Friday, Yadav, while addressing three rallies in ‘Month’, ‘Chirgaon’ and ‘Badagaon’ areas of Jhansi, attacked the ruling BJP government in the state and said that for the youth, this is the elections for their future and the youth have made up their mind to change the government this time. “I want to thank you all and especially the youth who have come here today. If someone is making a world record in changing names, then it is our Baba chief minister. I want to know which tablet has our CM given to the youth of the state in the last four and a half years? The youth has made up their mind this time to change the government,” said Yadav.

“I want to assure you that the Samajwadi Party government will focus on the development of the state, including (building) good roads, better health facilities and education in the state. We will bring the change in technology that is needed at the moment for the betterment of farmers and the youth. People of Jhansi will not come to the ‘jhansa’ (trick) of BJP anymore. This government is now talking about laptop distribution when elections are approaching,” added the SP chief.