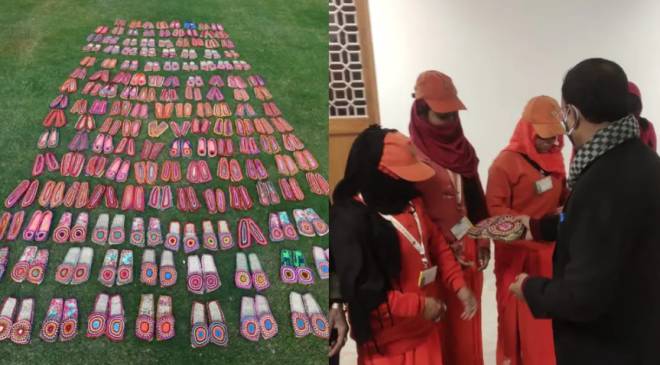 The Prime Minister made the heart-warming gesture after he found out that most people working at the Kashi Vishwanath Dham performed their duty bare-footed because it is forbidden to wear footwear made with leather or rubber in the temple premises.

“He immediately got 100 pairs of jute footwear procured and sent over to Kashi Vishwanath Dham so that those performing their duties don’t have to stay bare-footed in the chilling cold,” a government source said.

The jute footwear was sent for priests, people performing seva, security guards, sanitation workers and others.

“Needless to say, the people working at Kashi Vishwanath Dham were very happy. This is yet another example of PM’s attention to minute details and his concern for the poor,” the government source added.

This is noteworthy that Prime Minister Narendra Modi had last month inaugurated phase 1 of the Kashi Vishwanath Dham project in Varanasi.

Constructed at a cost of around Rs 339 crores, the Shri Kashi Vishwanath Dham project is known to be Prime Minister Narendra Modi’s dream project. He had laid the foundation stone for the project in March  2019.