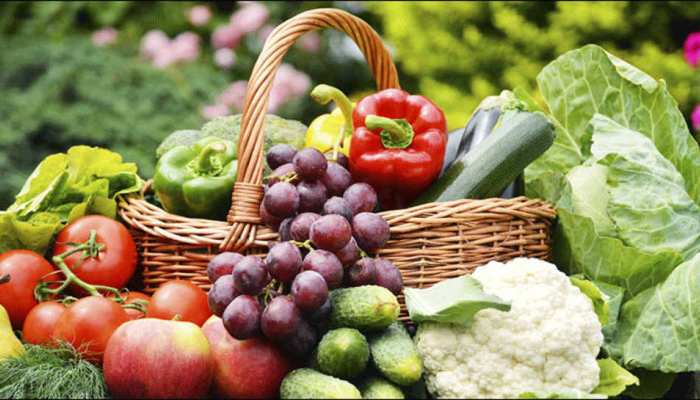 Usually, a plate should be filled with more vegetables and less meat. According to a study done by the Department of Public Health by a sustainable diet that not only benefits the climates but also the health.

The recent study by the Aarhus University was published in the ‘Stroke Journal’.

“If adult men or women follow a sustainable diet and the Nordic recommendations for dietary fibre intake, then we see a lower risk of bleeding or blood clots in the brain,” said Christina Dahm, who is behind the study.

What Does The Study Say?

This knowledge is important, as a previous study from the UK found that vegetarians had a higher risk of brain haemorrhages compared with those who ate meat. These findings received a lot of publicity.

“A vegetarian diet is very similar to a sustainable diet, and since we need to eat more sustainably in the future, it was a rather worrying result. Our results show that it is safe to eat a sustainable diet,” said Daniel Ibsen, who has also contributed to the study.

The researchers used data from the Danish Diet, Cancer, and Health population study. A total of 57,053 adults aged 50 to 64 took part in the study in the early 1990s and answered questions about their eating habits and lifestyles. In the following years, researchers have been able to use the Danish registers to identify participants who developed bleeding and blood clots in the brain.

“The food we eat has a crucial influence on our health but also affects our climate and the environment. We need to eat more sustainably, but of course, it’s important that we also have a healthy diet,” said Christina Dahm.

According to Christina Dahm, the study should be followed up in the context of today’s Danish dietary habits, which contained an increased amount of new sustainable foods such as oat milk and plant-based meat alternatives, as well as studies that examined more specifically how Danes can become better at complying with climate-friendly dietary advice.

At the beginning of the year, the Ministry of Food, Agriculture and Fisheries, Denmark, and the Danish Veterinary and Food Administration launched some climate-friendly dietary recommendations that resembled sustainable diets.

The recommendations will contribute to achieving the Danish Climate Act’s goal of reducing Denmark’s greenhouse gas emissions by 70 per cent in 2030, while at the same time boosting public health.