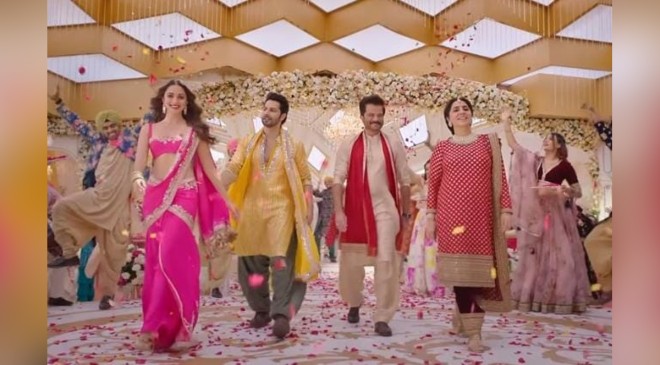 Jugjugg Jeeyo is tackling a legal issue just days before the film is set to release. The film, backed by Karan Johar’s Dharma Productions, has been accused of copying writer Vishal A Singh’s story titled Bunny Rani for Jugjugg Jeeyo. Addressing the allegations, it is reported that Jugjugg Jeeyo will be screened for Ranchi Court before the film hits the big screen.

According to an Etimes report, a court in Ranchi has ordered a screening of the film. IndiaToday.in reported that judge M C Jha will proceed with the arguments after the film is screened and decide if the film violates the Copyright Act or not.

“Had registered a story.. #BunnyRani with @swaindiaorg in January 2020. I had officially mailed @DharmaMovies in February 2020 for an opportunity to co-produce with them. I even got a reply from them. And they have taken my story.. and made #JugJuggJeeyo. Not fair @karanjohar”, he wrote in a series of tweets. Dharma Productions is yet to address the claims.

Meanwhile, the cast of Jugjugg Jeeyo is promoting the film in full swing. Varun, Kiara, Anil and Neetu touched down in Delhi on Sunday and were seen enjoying streetside treats and interacting with fans. The film has also paved the way to the ‘Nach Punjaban’ challenge wherein several stars shared videos in which they were recreating the hook step of the song.