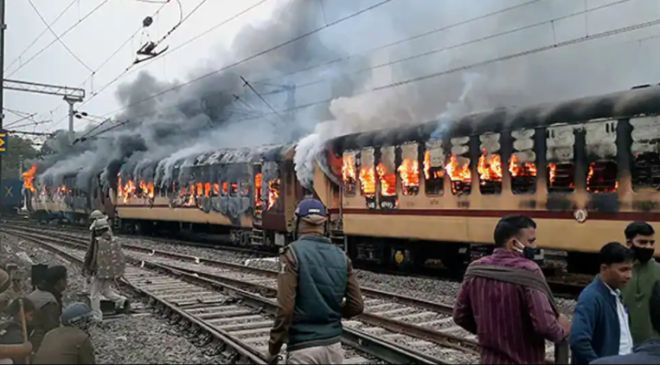 Agnipath protests have not just led to huge financial losses to the Indian Railways but is also creating major hurdles for passengers wanting to travel from one place to another via rail. Due to summer vacations, usually people in India travel for holidaying. But this time people are forced to cancel their booked ticket due to the cancellation of many trains in certain routes.

This situation has risen from the fact that many trains were burnt or damaged during the week-long agitations on the short-term Army recruitment scheme named Agnipath. The agitations have not fully died down and due to this people are fearing to travel via trains. Indian Railways has suffered a lot due to vandalism and arson on trains and stations by miscreants.

According to the Indian Railways, uptil now, thousands of passengers have cancelled their tickets. Due to this, the Indian Railways had to give refunds worth crores to these passengers. After the violence that began on June 17, the process of ticket cancellation is still on.

Helpdesks have been set up at major stations to ensure that passengers do not face any inconvenience and hassle in getting ticket cancellation and refund. Help desks have been opened at Prayagraj, Agra, Jhansi stations, among others, for the convenience of the passengers. Besides refund, they are also providing information about other trains.

The security of railway stations has also been increased due to the protests over the Agnipath scheme. Along with GRP and RPF, civil police and PAC have also been deployed at railway stations. Police patrolling is going on at the stations and flag marches are also being conducted so that no one has to face any chaotic situation.