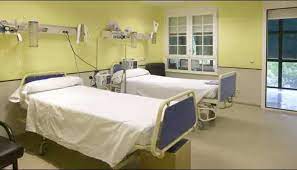 One of the biggest mistakes a salaried employee makes is to depend solely on office-provided health insurance. We, at Moneycontrol, have repeatedly pointed out that you must have your own personal health insurance as well. A sudden job loss or even a job change might result in your insurance cover vanishing overnight if the new employer doesn’t offer a comprehensive cover, or worse, no cover at all.

In a new series at Moneycontrol, we aim to demystify the corporate health plans and help you make the most of your group health insurance plan.

Read more: Here’s what card tokenization is and how to tokenize debit and credit cards

Hospital costs are increasing at a rapid rate. Medical inflation is considered to be growing at a faster rate than general inflation. In such a scenario, it is increasingly common for individuals to exhaust their policy limits. A thorough approach to filing a claim can ensure that out of pocket expenses are minimised.

Also read: Why you need additional health insurance  despite having a company cover  in place

Cashless or reimbursement: How to file a claim

Claim settlement can either be in a cashless mode or could be filed for reimbursement.

Cashless is an easier and faster process. Under this, you would need to approach the insurance helpdesk at the hospital and show your health e-card. The hospital and insurer coordinate directly to settle bills up to your policy limit.

To avail of a cashless claim, the treating hospital should be registered as a network hospital with the insurer. Reimbursement, as the name implies, requires you to pay first and get the amount reimbursed later. For hospitals that are not part of the network, reimbursement is the only mode for claim settlement. You would have to submit all bills, receipts and medical papers to the insurer, who then verifies them and reimburses the amount to your bank account.

The most common reason for splitting claims between two policies is the exhaustion of the sum assured or policy limit. Once the limit is exhausted in one of the policies, you can file for the residual amount in the other policy. Let’s look at some scenarios and the recommended method, depending on whether the treating hospital is part of the network.

Also read: Have more than one health cover? Here’s how you must file claims

Scenario 1: Hospital is part of the network of Insurer 1 but not of Insurer 2

You should file for a cashless claim with Insurer 1. Insurer 1 will settle the claim, up to the policy limit, directly with the hospital. You will have to pay the residual amount out of your own pocket. The hospital will give you a receipt for that residual amount, a copy of all bills and treatment papers and a claim settlement letter.

Scenario 2: The hospital is part of the network of both insurers 1 and 2

Generally, it is not possible to go cashless with both insurers in such a scenario. So, you would have to choose one of the insurers for the cashless option.

Typically, insurers have a negotiated package rate with hospitals. In case the treatment is not part of the package, it is classified as open billing. In such cases, the insurer negotiates a discount on key expenses e.g., room rent.

Opt for the insurer with a lower cost package. This will help you minimise your out-of-pocket expenses and overall billing. Once a cashless claim is processed by the chosen insurer, repeat the same for the reimbursement process with the other Insurer, as specified above.

Scenario 3: Neither hospital is part of the network

In such a case, you should inquire about the claim settlement turnaround time (TAT) of both insurers. Also, ascertain which insurer would return the documents to you quickly after the claim is processed. Prefer the faster insurer for the first reimbursement.

After the initial claim is settled, get back all stamped copies of the claim papers along with the claim settlement letter. You can submit this to Insurer 2 for reimbursement of the residual amount.

If you are splitting your claims, keep a note of this:

Time limit on a reimbursement claim: There is a time limit to file a reimbursement claim. So register your claim during your hospitalisation itself and ensure that you submit all relevant documents immediately after discharge. Sometimes, insurers want to verify a hospitalization. Registering a claim while being hospitalised enables the insurer to conduct such a verification, if it chooses to do so.

Policy limits: Some treatments in the policy may have a sublimit e.g., maternity. Opt for the insurer with the higher limit to avail of a cashless claim.

Hospital package rates and policy sub-limits: In case a hospital is on the network of both insurers, go with the insurer that has a lower package rate (that is, rates negotiated and agreed upon by insurers and hospitals) with the hospital, irrespective of the policy limit.

Let us consider a scenario where insurer 1 has a package of ₹80,000 and insurer 2 has a package of ₹1 lakh. Assuming a policy sub-limit (internal ceilings linked to room rent or procedure-specific within the overall sum assured) of ₹50,000 and ₹60,000, respectively, if you opt for a cashless claim from Insurer 2, your residual amount would be ₹40,000. So, it is likely that insurer 1 would not settle claims more than ₹20,000.

However, if you choose Insurer 1 for cashless, your residual amount would be ₹30,000 and Insurer 2 is likely to settle the full amount.