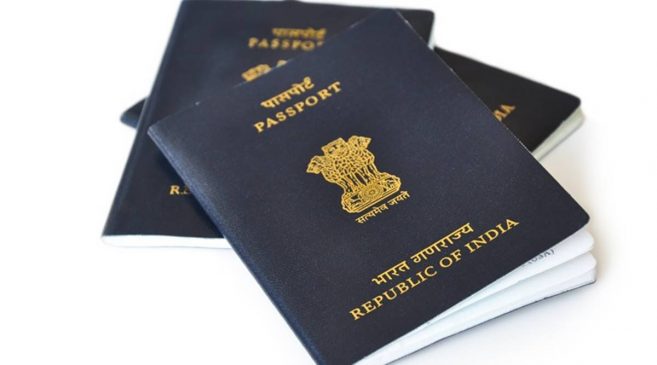 Minister for External Affairs S Jaishankar has confirmed that the central government is striving to implement e-passports that will facilitate international travel and provide protection against identity theft. The announcement came on the occasion of Passport Seva Divas when the minister explained the government’s intention to enhance the citizen experience and public delivery.

An e-passport (electronic passport) will function in the same way as a traditional physical passport, but will also have a small electronic chip inside that is reminiscent of a driver’s licence. All of the passport holder’s vital information will be stored on the chip, including name, birthdate, address, and other details.

These passports will use an RFID chip and have an antenna built into the back cover as an inlay. This chip will make it easier for officials to immediately check a traveller’s information.

The government has already announced that Tata Consultancy Services (TCS) is developing e-passports and will launch the service by the end of this year. According to some reports, TCS will establish a new command and control centre in partnership with the Ministry of External Affairs (MEA) and a new data centre to serve all the project’s backend needs.

Jaishankar said that during the peak of the Covid-19 pandemic, the passport services were provided with the same zeal. He said the government has achieved a record while addressing the pandemic-related rise in demand, with a monthly average of 9 lakh and 4.5 lakh more applications approved in the most recent month.

In his speech, the minister noted that to establish a digital ecosystem among all stakeholders and provide enhanced passport services to citizens, Passport Seva Programme (PSP) will launch a new, upgraded version known as PSP V2.0.

“It would ensure smooth governance end-to-end through standardized and liberalized processes, use of latest and emerging technologies like Artificial Intelligence, Chat-Bot, Use of Big-Data, Advance Analytics etc,” Jaishankar said.

However, Jaishankar further stated that the ministry is striving to make e-passports available to Indians, which would facilitate international travel, and provide for enhanced data security and protection against identity theft, among other benefits.

He said that to provide a paperless documentation process, the DigiLocker technology has been connected with the Passport Seva System. DigiLocker is an app that allows people to digitise, as well as keep a copy of over 500 different documents, which includes government-issued ID cards.

This enables all Indian citizens to submit various documents for obtaining passport services through DigiLocker in a paperless mode and they are not required to carry the original documents.

However, the minister also noted that in conjunction with the Department of Posts, the ministry has established 428 Post Office Passport Seva Kendras (POPSKs) to serve our countrymen at their homes.

The Ministry of Foreign Affairs has also effectively integrated passport issuance systems in 178 of our embassies and consulates around the world, according to Jaishankar.

Additionally, he said that to further improve the passport delivery ecosystem, the ministry is constantly working with state and union territory police forces to minimise the time required for police verification – the mPassport Police App is presently used in 22 states/UTs, covering 8,275 police stations.